Is that a wookie pelt on your floor?

“You should write about Bossk. He hunts Wookies for their pelts.” Yeah. I’ll do that. As soon as I figure... 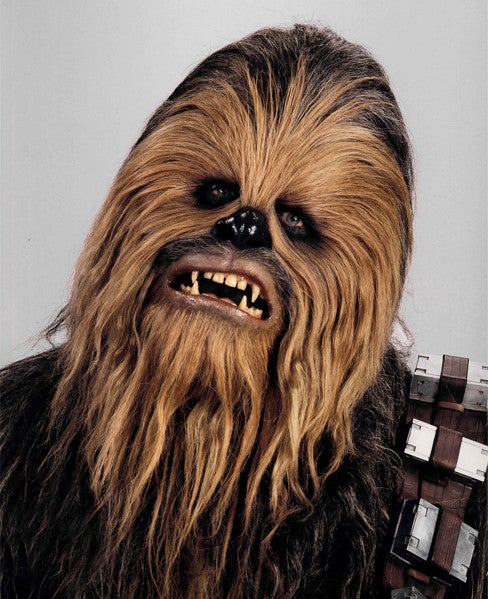 “You should write about Bossk. He hunts Wookies for their pelts.”

As soon as I figure out what the heck you’re talking about. Actually, I understood part of the suggestion. I mean aside from my father-in-law, who doesn’t know that Wookies are the gorilla-looking aliens from the Star Wars movies? Apparently we can add my wife to that previously stated short list as she just looked over my shoulder and asked, “What the heck’s a Wookie?”

“A Wookie, babe! You know? Chewbacca?”

A blank look before something clicked, “From that Star Wars junk?” A hand falls to dismiss my childhood and there she goes out of the office.

Ok, back on track.

According to the geek, excuse me, Star Wars fan that suggested this blog, Bossk is one of the bounty hunters from The Empire Strikes Back. Bossk can also be found in the “expanded universe” which from what I can tell is everything other than the movies including books, comics, college dorm rooms, basements, conventions, chat rooms (and other lonely places), and fantasies. In this dream world Bossk hunts Wookies for their pelts and even went after Chewbacca’s pelt to no avail. What I couldn’t find out is what you shoot a Wookie with and what you do with its pelt once you have it.

So, rather than waste any more time on this subject I think I’ll throw it to the comment section. What caliber would you use on a Wookie (please keep to those calibers and weapons that can be found here on Earth)? How do you skin a Wookie and what would you do with its pelt? I’m thinking I’d put mine on the floor.

I’m sure my wife would love that.