So much for that cold snap kick-starting the muley rut here in northwestern Colorado. Temps were in the teens this... 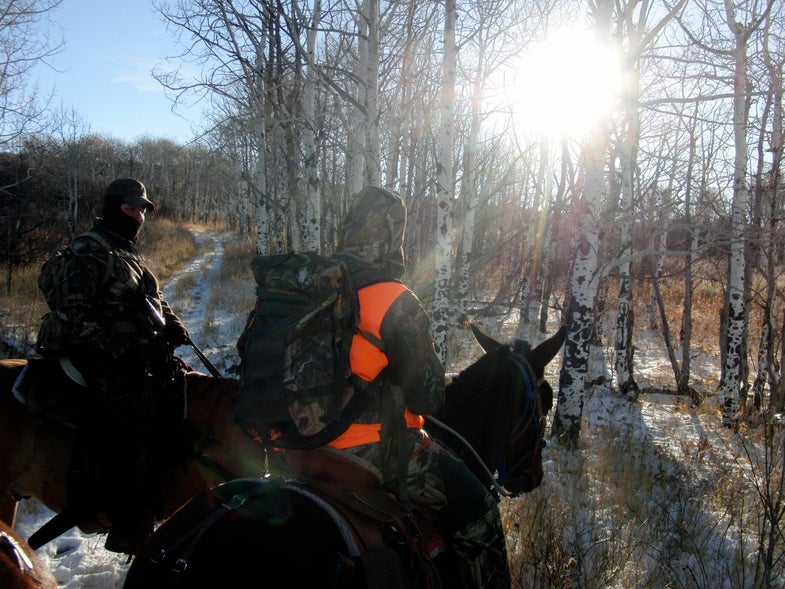 So much for that cold snap kick-starting the muley rut here in northwestern Colorado. Temps were in the teens this morning when he saddled up to head out in search of Pete Angle’s mule deer, but before the day was over, the mercury climbed back up into the 40s. It was a bright, cloudless day. Buckless, too.

We saw several herds of does and fawns throughout the day, putting somewhere north of 10 miles on our horses’ odometers as we traipsed up, down and sideways across Little Buck peak outside of Craig, but the trophy mule deer buck sightings were few and far between.

Pete’s going to give it one more shot tomorrow morning for a few hours before we head to the airport. While he does that, I’ll be at the processor’s picking up my antelope and mule deer meat. It’s been an absolutely awesome week here at Elkhorn Outfitters, and it’s been fun sharing our daily adventures with you all. I hope you’ve enjoyed the updates.