A law of unintended consequences

Most of the national attention on next Tuesday’s general election has been on the likelihood that Republicans will gain seats,... 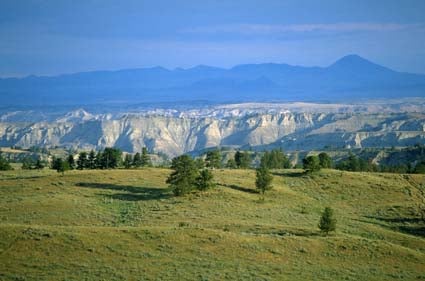 Most of the national attention on next Tuesday’s general election has been on the likelihood that Republicans will gain seats, and possibly majorities, in state houses and Congress.

But here in Montana, another issue is likely to have even farther-reaching consequences for hunters. It’s Voter Initiative 161, which would abolish a category of nonresident hunting licenses for clients of outfitters. Most Big Sky hunters I’ve talked to are confused about the initiative, unsure if they should vote for it or not, and want to know if it’s going to mean they have more places to hunt.

The short story is that it won’t. In fact, it may even accelerate the pace of private-land leasing in Montana.

The official text of the initiative is here, but a little history is in order to give this issue some context. Back in the mid 1980s, concerned with a proliferation of new outfitters and the acceleration of fee leasing in a state where access to private land has traditionally been delivered over a handshake and a cup of coffee, the state’s Fish, Wildlife & Parks Department convened a committee to look at alternatives. This group, the Private Land/Public Wildlife committee, arrived at a compromise that made no one happy but tossed everyone a bone.

The compromise resolved a festering issue for outfitters who weren’t able to book consistent numbers of clients because their hunters had to pull a nonresident tag through the drawing. The outfitters had been overbooking their hunts, figuring that if they put enough clients in the draw, enough would pull tags for outfitters to cover overhead and possibly enough to make a profit.

In order to restore some certainty to the process, the committee created a guaranteed nonresident tag for the clients of outfitters, but they capped the number at 5,500, and they also increased the price, essentially letting the market define the demand. So every year the price of Montana’s big-game outfitter-sponsored set-aside license fluctuates based on the demand so that the supply doesn’t exceed the 5,500 deer and elk licenses reserved for outfitted hunters. The revenue from the higher-priced guaranteed tags is earmarked mainly for access, funding the state’s popular Block Management program.

It’s an imperfect arrangement–some years the pool of set-aside licenses is oversold, the next year it’s undersold–but it’s worked fairly well for more than a decade. But the drafters of Initiative 161, angry at the loss of access to private land and probably nursing the deep-held resentment of outfitters shared by many sportsman in Montana, decided to make an end-run around the Private Land/Public Wildlife committee and take their issue directly to the voters.

The initiative would abolish those guaranteed outfitter licenses, return those 5,500 licenses into the general nonresident license pool that is distributed by drawing, and raise the price of nonresident licenses, earmarking the additional revenue for access and habitat programs.

ACCELLERATED LEASING
But the proponents of the initiative have forgotten their history, which will be repeated if I-161 passes. Instead of decelerating the pace of private-land leasing, the pace will quicken. Outfitters are not going to go away, and in order to maintain the same level of revenue that they’ve build their business around, they will have to lease additional land. Here’s why: They will go back to overbooking clients in order to get around the uncertainty of the license draw.

If an outfitter has built a business plan around the expectation of guiding 25 hunters, they may have to put 50 potential customers in the lottery in the hopes that half of them draw the nonresident license. But in some years, 75 percent may draw, and the outfitter will then have a problem of accommodating the extra customers. They aren’t going to double up clients on the same acres; instead, they will lease more land.

As the demand for private leases increases, the value of wildlife-rich private property will also increase. And in this stressed economy, landowners who previously turned down fee leases, or participated in Block Management instead, will be mighty enticed by the open checkbooks of outfitters. And once land is leased, it rarely comes back in the public domain.

Plus, the initiative doesn’t do anything to address the fastest growing segment of leasers in the state: resident hunters who are leasing private land so they can guarantee themselves a place to hunt.

THE WRONG SOLUTION
I don’t like to lose ground to outfitters any more than any other hunter does. I don’t like the fact that Montana outfitters are making a profit off a public resource. But I-161 is a blunt tool to fix the problem.

At current funding levels, Block Management can’t compete with cash leases, and it will be at an even greater disadvantage as the leasing market gets more competitive. Instead of abolishing one of the best revenue engines for Block Management, initiative proponents should be actively working to find additional funding, even considering raising what are some of the lowest resident hunting licenses in the nation.

I-161 proponents are right about one thing: access to hunting getting tighter in Montana. But I’m afraid the initiative is a wrongheaded fit of righteous anger that will actually accelerate the pace of leasing instead of reversing it.