Two for Two in Colorado

After having punched my antelope tag on Monday, and a rather slow day yesterday here at Elkhorn Outfitters, Under Amour’s... 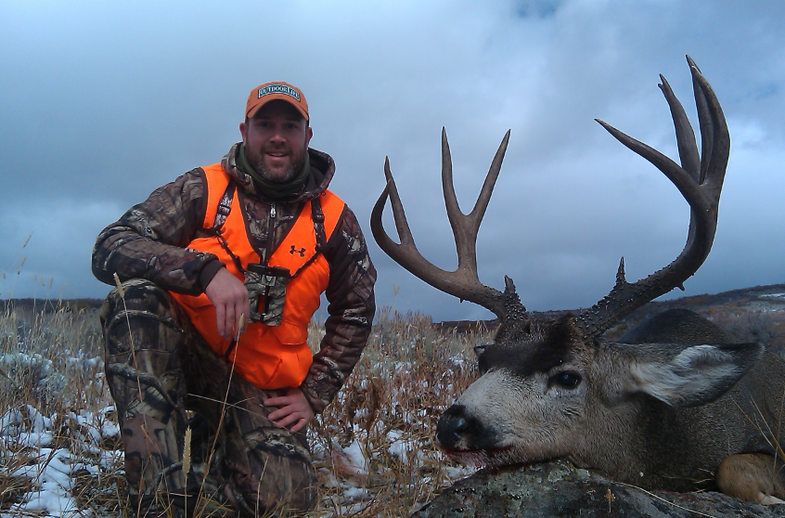 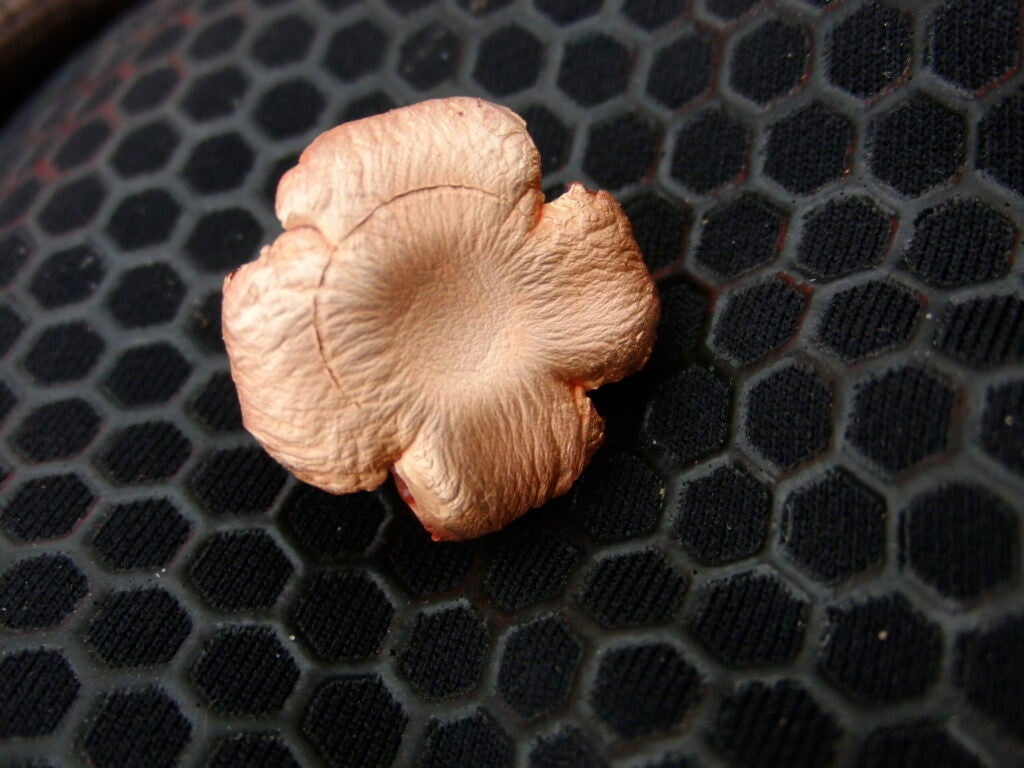 After having punched my antelope tag on Monday, and a rather slow day yesterday here at Elkhorn Outfitters, Under Amour’s Pete Angle and I saddled up and headed to the high country today in search of trophy mule deer.

We got a brief snow squall Monday, and temperatures dropped into the 20s yesterday. This cold snap (temps were in the 50s here in Craig, Colorado, last week) has seemed to give the mule deer rut a bit of a kick-start. We’ve been seeing a lot of bucks cruising solo, and the necks of a couple bucks killed yesterday by other hunters in camp showed some considerable swelling.

With temperatures in the teens this morning, expectations were high as we left the ranch for the quick drive over to the trailhead. After an hour-long ride up the mountain we hopped off the mules and spent a while glassing several groups of does, but no bucks to speak of. Back on our mounts, we worked our way up a woody draw, scanning the hillside in front of us when Pete spotted a heavy-antlered buck not 80 yards from us as we came around a patch of oak brush. We put the brakes on our rides and watched the buck turn and work his way up the draw. We quickly hopped off, tied up the horses and mules and worked up onto a little hill where we hoped to catch sight of the buck again. Sure enough, he appeared at about 140 yards going away.

When he began to quarter to his right, I settled the crosshairs on his midsection and let fly a 150-grain Winchester Power-Core bullet, a new lead-free load that will be available in 2011.

The thwap was audible, and it was clear that the shot had slowed the buck considerably, but he continued up the draw a ways. He kept his hind end pointed in our direction, and an immediate follow-up shot didn’t look likely until he turned his head ever so slightly providing me with a tight neck shot. Again I made contact, but the bullet hit high and the buck continued, slowly, into a patch of trees. After about 10 minutes we set off into the trees to locate him. He popped up 10 yards from me, but I was unable to get a shot before he disappeared, going back down the hill. We continued after him and jumped him one more time, again with no shot possible, before he disappeared into a thicket. This time we waited about a half hour before following him up, hoping he’d stiffen up enough that I’d be able to get off a snap shot in the thick patch of brush.

As we entered the thicket we immediately saw blood, and followed it until, once again, the buck rose from its bed and immediately put a tree between himself and me as he exited the far side of the thicket. My guide Tony Bohrer and I ran out of the thicket and up onto a rocky high-point where I was able to get on the sticks and line up the buck at 220 yards. My third shot dropped the buck in his tracks and the hunt was mercifully over.

He’s a great old 4×5 buck, estimated at 5 ½ years. What he lacks in width he makes up for in mass and deep forks, and the color of his antlers is a deep, rich brown. He’s an awesome trophy and my best muley to date. When he was field dressing the buck, Tony was able to recover the third bullet, I shot, which had made contact with the buck’s spine. As you can see in this photo, the Power-Core performed wonderfully, with nearly 100-percent retention and a near-perfect clover leaf.

Tomorrow, we’re heading back to the mountain to attempt to fill Pete’s deer tag. I’ll be sure to let you know how we do.