Think I’ve been snakebit by whopper whitetails this year? It’s been a similar story with big bull elk. My elk... 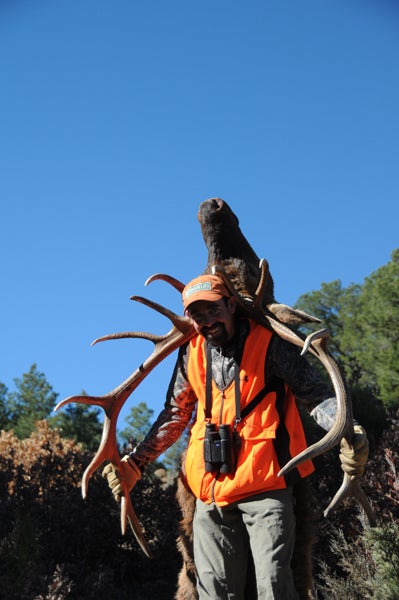 Think I’ve been snakebit by whopper whitetails this year? It’s been a similar story with big bull elk.

My elk season started in early September in northern Utah, where I passed up 18 smallish bulls, then panicked when I couldn’t even see a spike the last two days. Then it was off to the Wyoming Range in October, where I ended up letting the air out of a cow on the very last hour of the hunt.

I haven’t yet hunted here in Montana, where I have both a general tag and a special cow tag for the Missouri River Breaks. But I took a break my Record Quest pursuit of whitetails to join Linda Powell of Remington in southern Colorado for an elk hunt with Call of the Wild Outfitters. Outfitter Barry O’Neill had told me bulls on his place west of Trinidad, CO average about 320 inches, so I was stoked to encounter one of these pinon-pine-and-oakbrush whoppers.

The short story is that I did early last week. I’ll post more photos and details of the hunt, but here’s a first taste of my success. I could get used to this!