The bear population in New Jersey has been steadily increasing over the past few years, and the influx of bruins... 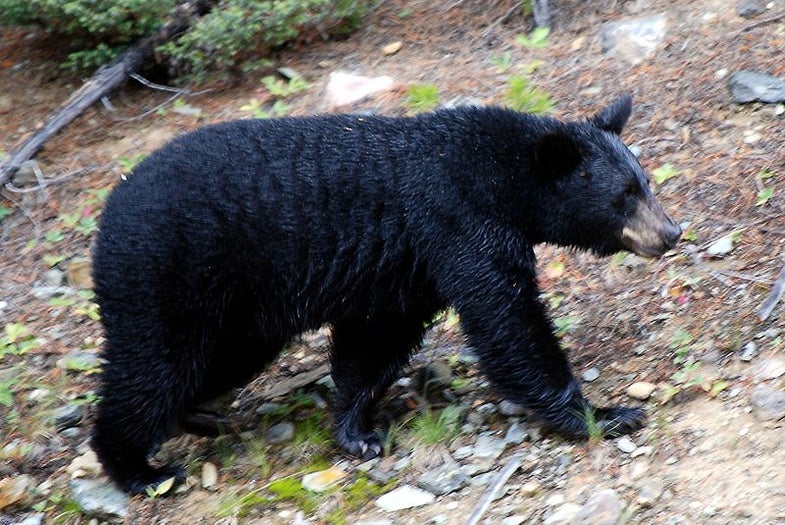 The bear population in New Jersey has been steadily increasing over the past few years, and the influx of bruins has caused residents headaches. Garbage cans have been raided, pets have been eaten, and suburbanites who are not use to seeing black bears have been worried.

So this year, the Garden State opened it’s first bear hunting season in five years. The state organized a six-day season that ends Saturday, and so far hunters have killed 441 bears. They’re right on track to hit their management goal of 500-700 harvested bears … and everybody lived happily ever after right?

Well not exactly. The hunt has been highly controversial and has drawn heavy criticism from animal rights groups all over the East Coast.

“The black bear is still recovering from its last bout of the Division’s so-called ‘sound’ scientific management – read hunting – that left this remarkable species on the brink of extinction in New Jersey in 1970,” Susan Russell, a wildlife and political consultant to the Animal Protection League and the Bear Group told NBC New York. There have even been allegations that the state fish and game department gave inflated bear population numbers to justify a hunt.

So why all the fuss? Bear hunting is common practice in many states across the country and just 100 miles to the south in Virginia, bear hunting is part of the outdoor culture.

The answer comes from the state’s demographics. New Jersey is the country’s most densely populated state and is the poster child for urban and suburban sprawl. Just like New Jerseyans aren’t use to black bears mulling through their garbage cans, they’re not use to people killing them.

For everyone’s sake, I hope Garden State residents are able to adapt quickly.