On December 14 Mineola, Texas Police Capt. Jack Newman responded to a trespassing call to find a man camped out... 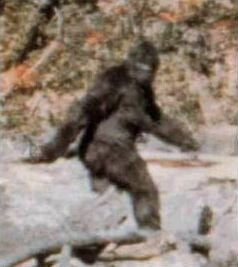 On December 14 Mineola, Texas Police Capt. Jack Newman responded to a trespassing call to find a man camped out in his car within the Mineola Nature Preserve along the Sabine River.

Ok, that doesn’t seem so odd.

When Newman asked the man why the hood of his vehicle was covered with nuts and pieces of steak and oranges, the man replied that he was trying to bait in a Bigfoot.

Well, that is a little odd. Especially considering Bigfoots hate citrus. Nuts and steak they like. Citrus, not so much.

Mineola, located in the Piney Woods of East Texas about 75 miles east of Dallas, has long been a hotspot of Bigfoot sightings and local radio station KMOO in recent months sightings have increased. The area is so widely regarded as Bigfoot territory that the Texas Bigfoot Research Conservancy held its annual conference in the nearby city of Tyler in October.

The trespasser was first confronted by Mineola Nature Preserve worker Buster Green who stated, “He was rolled up there sleeping in his vehicle when I come by. He said he’d come down here on kind of a whim.” When asked by The Dallas Observer if the trespasser was armed Green replied, “He was a big boy. He’s over six-foot, 230-ish. He didn’t need nothing to be hunting Bigfoot. He could’ve gone down there with just a switch.”

What do you think Outdoor Life readers? Was this guy really trying to lure in a Bigfoot? Or, since he remained in his car the entire time, was he cruising for one? Other than a “switch,” what would you use to hunt a Bigfoot?