How Close is Close Enough?

In a strange turn of events, a group of coyote hunters stumbled upon a mountain lion in Missouri and shot... 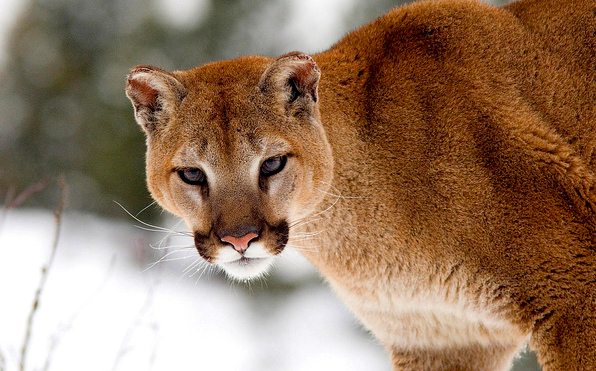 In a strange turn of events, a group of coyote hunters stumbled upon a mountain lion in Missouri and shot it out of self defense.

The group was coyote hunting outside of La Plata, Missouri when a 130-pound lion appeared just 20 yards away. Startled by the cougar, one of the hunters shot it and one of his partners also shot as the animal ran off.

Mountain lions are uncommon in the state and attacks are almost unheard of there. It’s illegal to kill mountain lions in Missouri unless they are eating livestock or threatening a human life and the Missouri Department of Conservation ruled that this shooting was indeed self defense. No charges are being pressed.

Oddly enough, this is the second time a mountain lion has been killed out of self defense in Missouri this year (that’s right, 2011). On January 2, James McElwee shot a mountain lion after his dogs treed it while they were running raccoons.

“He followed his dogs up a draw and shined a light up into a tree and saw eyes that were too far apart for a raccoon,” Larry Yamnitz of the Missouri Conservation office told KMZU. “When he realized it was a mountain lion, he was afraid to run, thinking it might attack him.”

At first McElwee told officials that a friend of his who was a cattleman shot the lion, because he was worried that charges would be pressed against him. But McElwee latter confessed that he was in fact the shooter. The state will not press charges against McElwee either.

The two cases have brought up an interesting debate in Missouri about what constitutes a legal shooting of a potentially dangerous animal. While everyone agrees that each instance should be evaluated individaully and hindsight is always 20/20, some have argued that since McElwee was armed and had dogs to protect him he was in no real danger and he should not have shot the lion. The counterpoint is that mountain lions are lightning quick and could strike at any moment. It’s not worth risking a human life.

What do you think OL readers? When is it OK to shoot a potentially predator? Should the animal have to be charging you? Is it enough if you are simply scared for your life? Does distance play a factor? If so, how close is close enough?