The Making of a Waterfowler

Has the decrease in ducks led to less interest in hunting them? 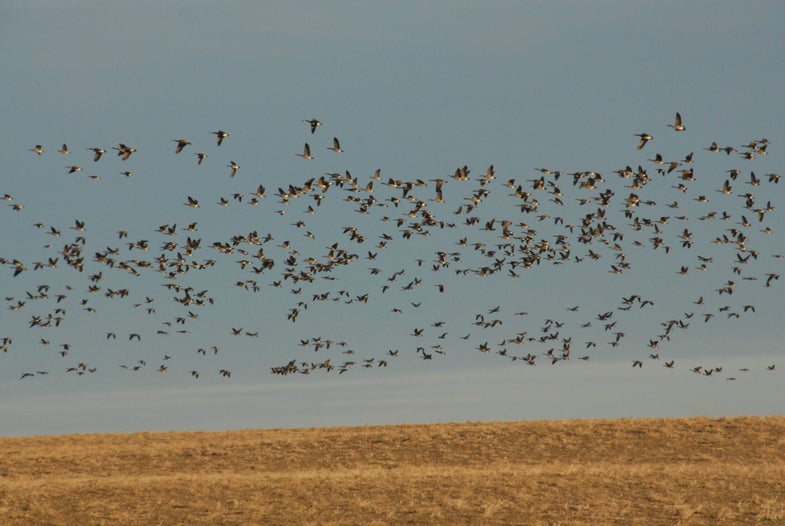 It’s a chicken-and-egg question: Has the decrease in ducks led to less interest in hunting them? Or has a decline in hunting led to a decrease in funding for wetland conservation, which has resulted in fewer birds in the fall flight?

We could spend hours debating which came first, but it wouldn’t change the fundamental truth that we are losing both waterfowl hunters and waterfowl habitat at an alarming rate.

Delta Waterfowl is trying to reverse both those trends, and yesterday the venerable conservation group announced that it’s launching its “First Hunt” program nationwide. It’s an initiative that aims to link first-time hunters with experienced waterfowlers.

One of the problems, as Delta’s CEO Rob Olson notes, isn’t a lack of interest on the part of beginning hunters. It’s a lack of knowledge. Veteran waterfowlers have that knowledge, and First Hunt intends to make both first-time and experienced hunters ready for the experience of giving and receiving knowledge.

For the past decade Delta has been sponsoring mentored hunts, and the information they’ve accumulated on the best ways to teach gun safety, shotgunning skills, waterfowl identification and ensure a satisfying day in the marsh is available at a new website. The site aggregates all that information and presents it in quick-reading, to-the-point manuals as well as snappy video segments.

The educational resources have been accumulated. The opportunities are out there — by some measures this fall’s waterfowl flight was the best in a decade, thanks to rain in the breeding grounds–and there’s a public waterfowl refuge near you. The challenge now is to link these veteran waterfowlers with interested beginners to create a new tradition of waterfowl hunting.

You know the dynamics of hunting participation. Fewer hunters buying licenses results in less funding for wildlife habitat and management which means fewer animals which in turn results in fewer hunters. The lack of funding and advocates has been especially detrimental for wetlands, which have disappeared at an increasing rate.

Delta hopes it can reverse both trends by recruiting new hunters. Check out their First Hunt program and become part of the solution.