The year 2010 might be over, but that doesn’t mean hunting season is. Yesterday I braved the moving parking lot... 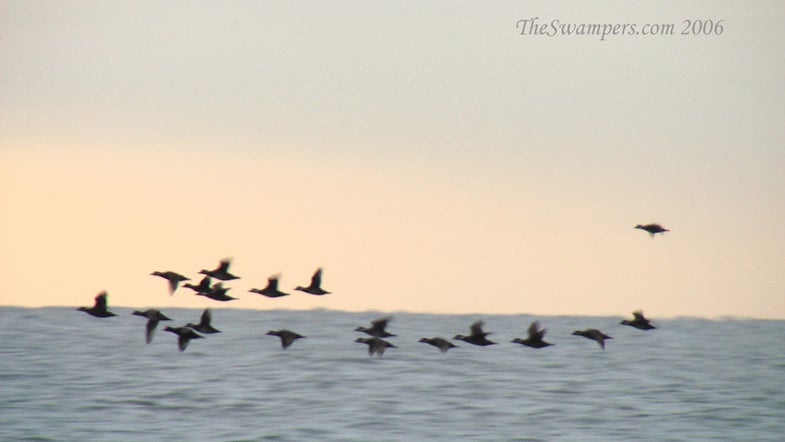 The year 2010 might be over, but that doesn’t mean hunting season is. Yesterday I braved the moving parking lot that is I-95 from New York City to Rhode Island for a couple days of sea duck hunting here in the Ocean State.

I’ve spent the majority of my life within an hour of the Atlantic Ocean, but for whatever reason I’ve never gotten around to experiencing the fast and furious action that is characteristic of duck hunting over saltwater. It’s something I’ve been wanting to do for years–everyone I know who has hunted eiders, scoters and their briny brethren has raved about the experience–and now I’ll finally get my chance.

I’ll be hunting with Captain Brian Rhodes, the head poobah of The Swampers and an Avery Outdoors prostaffer. I touched base with Brian when I got to my hotel last night and he said that they shot some eiders yesterday morning, but due to some fog the birds weren’t flying like they have been lately. After the epic blizzard that hammered the East Coast last weekend, the temperatures have climbed into the 50s the past couple of days resulting in the dense fog.

Luckily, today is supposed to be colder and clear, which should produce some top-notch gunning. Check back later today and I’ll let you know how my maiden sea duck voyage played out.