I apologize for not getting a report on Day 2 of my Rhode Island sea duck hunt up yesterday. The... 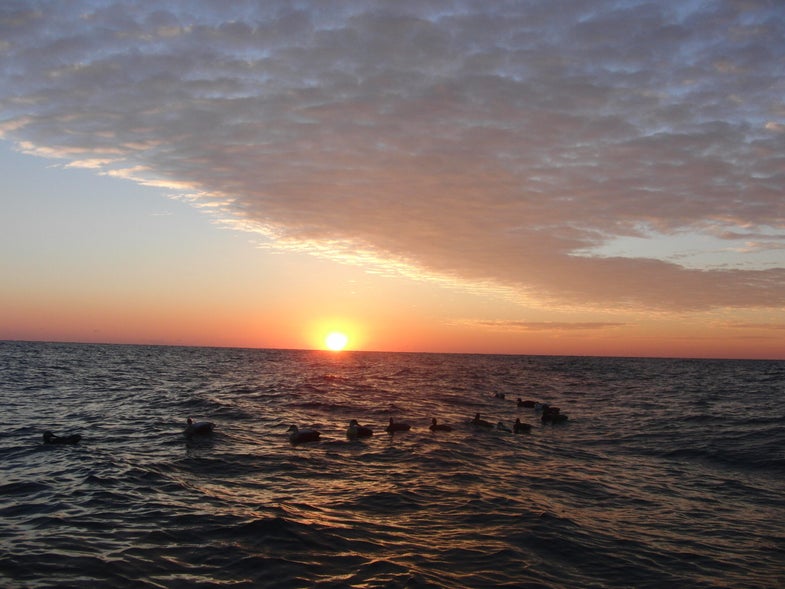 I apologize for not getting a report on Day 2 of my Rhode Island sea duck hunt up yesterday. The first day back in the office after nearly two weeks of travel, holiday cheer and hunting tends to be a bit hectic.

Anyway, after a slow Monday, our fortunes turned for the better on Tuesday, as we hunted outside the center wall just south of Point Judith. We had spotted a bunch of birds there after our morning hunt on Monday, so we returned the next morning…and so did the ducks.

Being out in the ocean a bit, the water was considerably choppier than it was at our Day-1 spot farther up Narragansett Bay, which added to the challenge of hitting the speedy eiders. Timing the shot at either the top of a wave crest or the bottom of a trough became a skill game unto itself. For the first 30 to 45 minutes after legal shooting light there were birds literally everywhere. Picking out one to shoot while riding the waves was a hoot. When all was said and done we had 9 birds in the boat, 3 short of our limit.

Later this afternoon I’ll get a photo gallery from the trip up on the site so you can get a better idea of what sea duck hunting with Brian Rhode’s The Swampers guide service is all about. –John Taranto