There’s a Lion in My Taco

As a fourth generation Texan and weekend glutton, I eat a ton of Tex-Mex food. For those of you who... 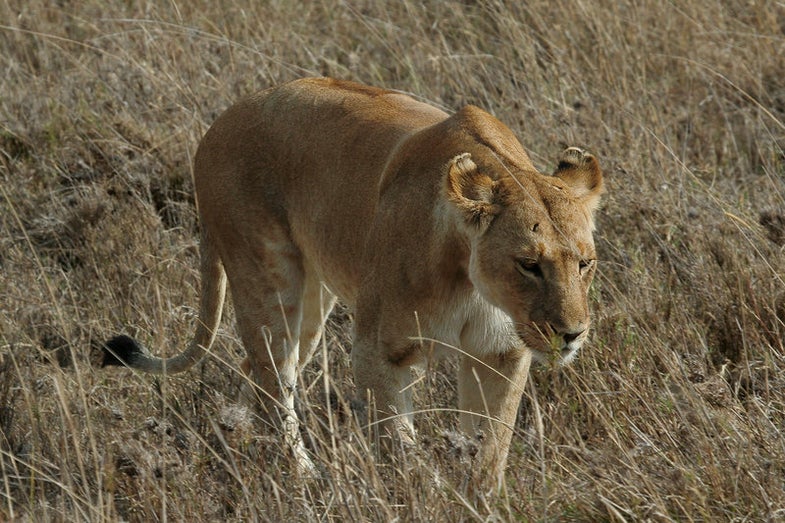 As a fourth generation Texan and weekend glutton, I eat a ton of Tex-Mex food. For those of you who aren’t familiar with this cuisine, Tex-Mex is basically Mexican food with more heat, cheese, and grease. Mmmmmm, grease. The main meat staples are beef, chicken, and pork. Sometimes a little fish or shrimp is thrown in the mix and every now and again a chef will garner wild reviews for serving lobster tacos at some fru fru restaurant but that’s generally about as exotic as it gets.

Until now. Because now, Tex-Mex restaurateur Bryan Mazon is serving up lion tacos.

In the past, Mazon’s Tucson Tex-Mex restaurant Boca Tacos y Tequila has served tacos filled with such exotic meats as python, turtle, rattlesnake, kangaroo and alligator but plans on serving lion in February if he has enough pre-orders.

So far he’s had plenty of calls but few reservations. “I’m getting more calls to tell me to go to hell and drop dead, but there’s an interest out there,” Mazon explained in a recent interview before admitting that serving the meat is more for exposure than anything else.

That exposure will be pricey as lion meat – obtained from a lion farm in California – is expensive, about $100 dollars a pound for ground meat and $400 a pound for tenderloin.

In order to break even, Mazon expects his tacos will have to be priced around nine dollars apiece. Of course this price includes guacamole, cabbage, and salsa. Although I’ve never had lion tacos, I plan on having mine with jalepenos, cheese and pico de gallo.

What do you think Outdoor Life readers? Would you eat a lion taco? How about kangaroo? What beer goes best with lion tenderloin? Comment below!