You could sense a tipping point last week. Our grinding winter weather — which has been intensifying since mid December... 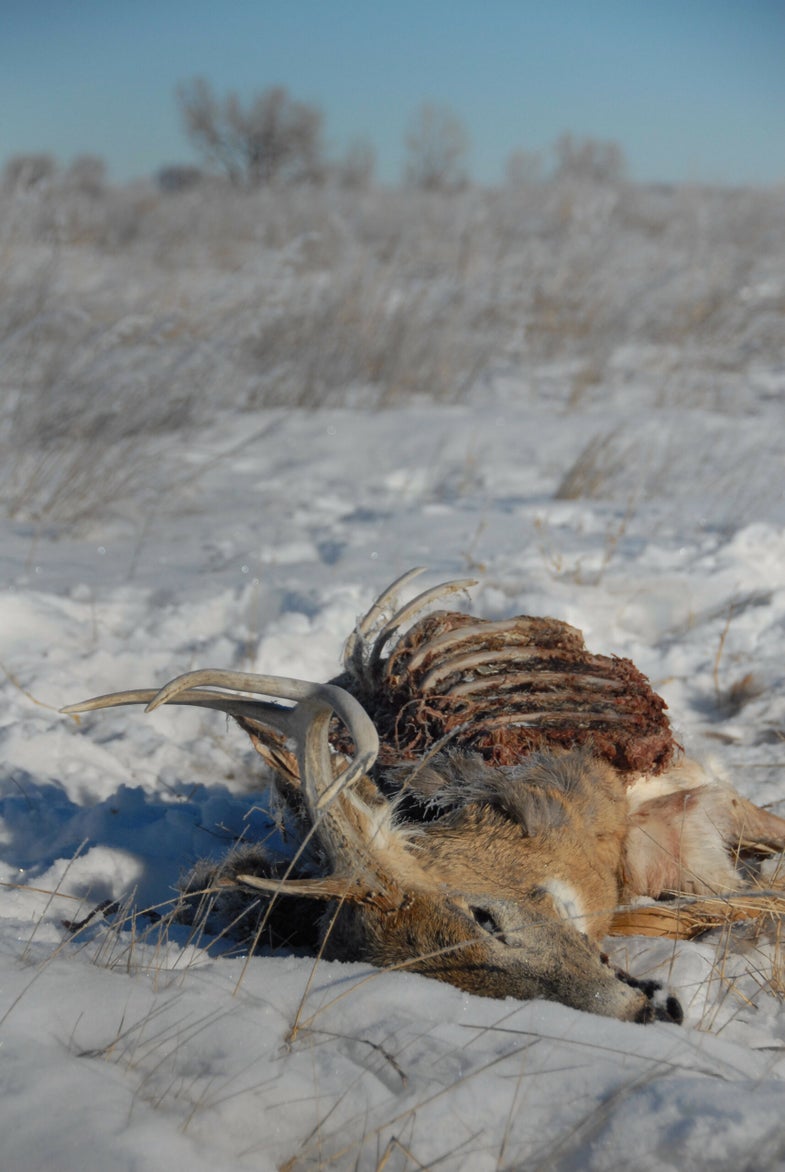 You could sense a tipping point last week. Our grinding winter weather — which has been intensifying since mid December — is finally taking its toll on critters, especially those whitetail bucks that entered the winter run down and ragged from the rut.

Since the week before Thanksgiving, we’ve been above freezing only three times, and our low temperatures during December averaged just above zero here in Montana. We have already experienced some 30-below mornings, bitter cold that we don’t expect until February most years.

Since New Year’s Eve, when we got an additional 8 inches of snow on top of the two feet already on the ground, deer have been shedding their notorious nervous fear of humans and have been coming ever closer to our homesteads here in the Milk River Valley.

We feed horses, and the hay bales yarded near the corrals are getting hit by up to 50 deer a night. In the morning you can see the quantitative impact of all those mouths, bales shredded, more hay stamped into the ground by hundreds of hooves that are bloody and bruised from punching through drifted snow, dozens of dish-shaped beds in the hay where deer found some insulation from the killing cold.

This is the dark side of living among so many deer, and in a part of the world where wildlife populations boom and bust with weather conditions.

It’s been nearly a decade since the last epidemic of EHD, or epizootic hemmorhagic disease, swept through here. And while it’s been cold and snowy the last three winters, we haven’t seen a colossal winterkill in nearly seven years. So maybe it’s time that our booming whitetail populations got tamped back.

Still, that realization doesn’t make it any easier to find victims of the cold and snow. I took a snow-stomping hike yesterday, rifle in hand to pick off cottontails, and found more carcasses than I expected, including the winterkilled buck pictured here. Will the weather take more deer?

It seems likely. And while I don’t like to see the hay intended for my horses feed so many deer, it’s hard to deprive them of the emergency rations they obviously need so desperately.

To check out the weather forecast in your area go to: OL Weather