Would You Shoot a Deer in its Bed?

The stalk was flawless. For once, the wind was right, the sun was at my back and I didn’t break... 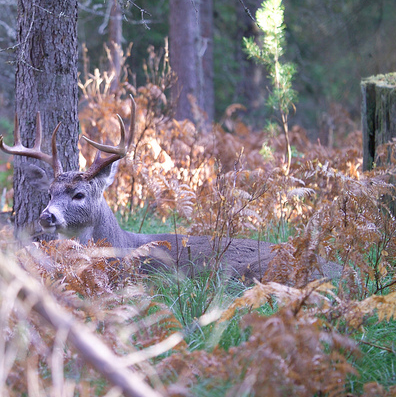 The stalk was flawless. For once, the wind was right, the sun was at my back and I didn’t break a single twig or flush a nuisance pheasant.

The buck never knew I was there, never knew I was watching him through my scope for 10 minutes inside of 100 yards. Finally, I pushed off the safety and slipped a bullet just behind his elbow. He kicked once, then slumped over and lay still.

The buck’s death wasn’t the highlight of the hunt. The stalk was. But I also took a great deal of satisfaction in my ability to kill an animal that never knew I was there, dealing death only a baseball throw away.

I shot that buck in his bed. To me, that’s the best measure of a humane kill, to take a wild animal without ever causing anxiety. The buck never got to his feet, never pumped adrenalin-laced blood through his nerve-tingled body. Never fired his hair-trigger instinct to run in terror.

But to the world of televised hunting, I just committed an unforgiveable sin. Video producers have two unbendable commandments: Thou shall not kill an animal before the videographer grants permission, and thou shall not shoot an animal in its bed.

I don’t get it, but as I’ve roamed the country this year, I’ve talked to other hunters–regular folks who don’t hunt with an entourage of videographers and sound technicians–who also have this self-imposed refusal to shoot an animal in its bed. They claim it’s unethical, because the critter is in a compromised position. Their reasoning, I guess, is that the animal can’t immediately sprint away. And also that it can be harder to deliver a killing shot, because a bedding animal’s vitals are more obscured than a broadside presentation.

Still, I’m confused. Is it ethical, or not, to kill an animal in its bed? Chime in with your perspective.