I first heard about the massive die-off of Wyoming’s moose from Tim Trefren. It was last October, and we were... 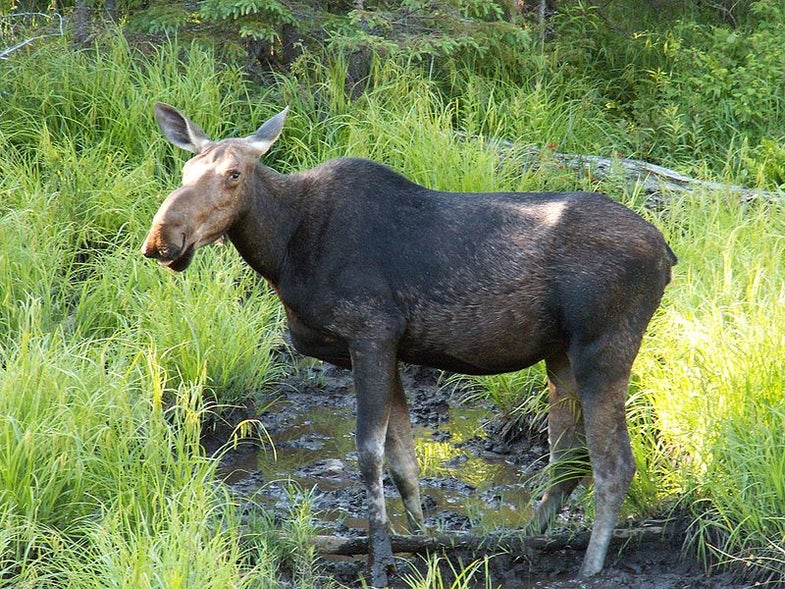 I first heard about the massive die-off of Wyoming’s moose from Tim Trefren.

It was last October, and we were sitting on a sun-splashed rock about a thousand feet above the elk that fed out of aspens deep in the Wyoming Range. This is elk country, for sure, and some whopper mule deer roam this range.

The backcountry also looks moosey, but in a hard week of hunting we had seen only a cow and a calf more than a mile away. I asked Tim where they were.

“We’re losing our moose,” Tim told me. An outfitter who works with his dad, Tim, Sr., at Trefren Outfitters, Tim has roamed this country since he could walk and ride a horse. And he’s never seen fewer moose than he now does. Is it wolves? I asked. Nope, said Tim, it’s a parasite.

Tim told me the crazy story of the carotid artery worm, a parasite transmitted by horseflies that can nest in the vessels that provide blood to the head. Moose with the worst infections walk around as though they’re drunk and disoriented, making them vulnerable to predators and secondary infections. In the worst cases, moose can die as the parasites constrict blood to the head.

This moose malady was news to me. I have covered CWD in deer and brucellosis in elk, but moose seem so big and ironclad, impervious to something as small and bothersome as a biting fly.

But then ran across a news item on the carotid artery worm, in this week’s Jackson Hole News and was further depressed at some of the prevalence rates biologists report. Up to half the moose in some areas are infected with the worm, and when habitat gets stressed, the parasite loads can turn fatal.

It all makes Tim Trefren even more inspired.

“If I could do one thing with the rest of my life,” says the younger Trefren, “it would be to go back to school and figure out a way to save our moose. They’re that important to me, and to this place.”