The Big Snakes Are Coming

“Dad!” My six-year-old son screamed loud enough for the entire park to hear. “Check out that snake! It’s huge!” “Oh.... 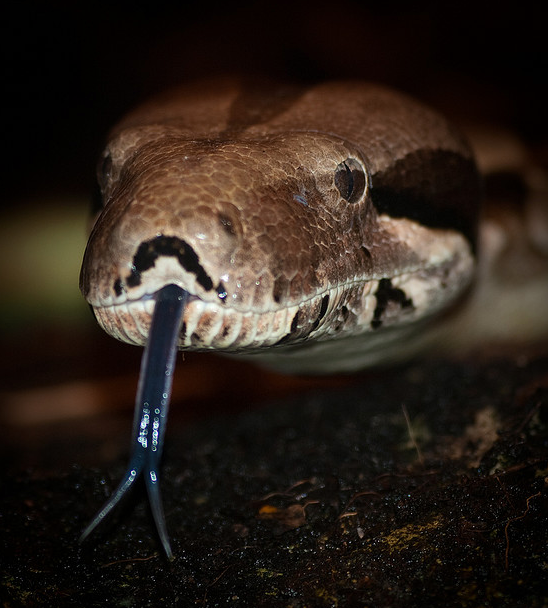 “Dad!” My six-year-old son screamed loud enough for the entire park to hear. “Check out that snake! It’s huge!”

“Oh. My. Gosh!” My ten year old daughter exclaimed with her ever growing dramatic flair. “It. Is. Huge!”

Actually, the snake in question was fairly large – as far as Texas diamond-backed water snakes go – but as for “huge,” my kids ain’t seen nothing yet. And neither have yours. Because according to a U.S. Geological Survey report entitled “Giant Constrictors: Biological and Management Profiles and an Establishment Risk Assessment for Nine Large Species of Pythons, Anacondas, and the Boa Constrictor” that I just got around to reading, the big snakes are on their way. And by big, I mean some can reach upwards of 20 feet in length.

The nine snakes listed in the report – Anaconda, Indian or Burmese Python, African Python, Reticulated Python, Boa Constrictor, Southern African Python, Yellow Anaconda, DeSchauensee’s Anaconda, and Beni Anaconda – are all invasive species that have somehow found their way into the wild through accidental or deliberate release. Of these, scientists believe that Burmese pythons, boa constrictors, and the African python have already established breeding populations in South Florida.

The other six species aren’t far behind and all are expanding their territory across the Southern United States. With the snakes come reptile ticks – which can carry a variety of diseases. Also, these invasive snakes could wreak havoc on game birds, songbirds, livestock, and pets.

As disturbing as these possibilities are, what is even more disturbing is that the report states that the spread of these nine species is “irreversible” and that “Once an introduced giant constrictor becomes well-established, there is no known method for removing the threat, and thus recovery of endangered species in an infested area is a prospect likely to be diminished or even eliminated permanently. In this respect, invasive species constitute a more enduring threat than pollution, overexploitation, or habitat degradation.”

Hunters out for a little snake R & R might remove some of the population, but that percentage will be almost miniscule at best just as it is in regards to the feral hog situation. And snakes are much more difficult to find than are hogs.

Considering this, I guess I better explain to my kids what a “huge” snake really is.