I was maybe 13, deer hunting on my family’s Missouri farm. My dad had posted me in a fence corner... 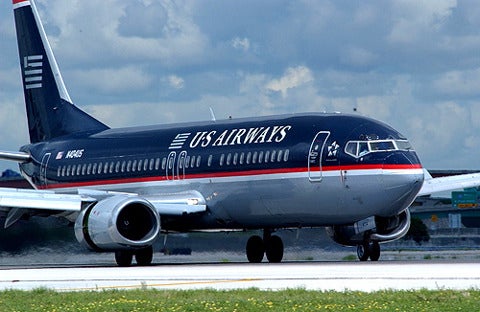 I was maybe 13, deer hunting on my family’s Missouri farm. My dad had posted me in a fence corner while he made a long push around a 100-acre soybean field. I didn’t hear him return.

Dad caught me pointing my new rifle, a Savage 99 in .243, up in the sky. I had a passenger jet in my 4-power crosshairs and was lazily following it as it plowed across the sky at 30,000 feet.

I recall two things from that day. The first, that I actually fantasized about pulling the trigger. I was fresh enough from Hunter Education class, and remembered reading in my manual about the lethal range of various calibers and bullets. I did the mental math about how many miles high the airplane flew, about how far my gun would shoot, and how much lead I should allow to hit an airplane. And I wondered if my rifle had the power to shoot down an airplane.

The second thing I recall is the rage on my dad’s face when he realized what I was doing. I lost my rifle for the rest of that season, and earned it back only by demonstrating gun safety and summoning all the common sense a 14-year-old has leading up to the next year.

All this came flooding back to me the other morning when I read about the discovery of a bullet in the fuselage of a U.S. Airways passenger jet.

I can conjure up a lot of theories about how a bullet could strike a plane. Maybe kids were out shooting squirrels and a shot missed the limb. Or maybe guns were fired in the air in a fit of celebration. This can’t be behavior that’s limited to sidewalks and dusty pickups in Middle Eastern countries. Maybe a bullet ricocheted off a pond or rock. Or a round missed its target in a botched robbery attempt.

Or maybe–just maybe–some 13-year-old boy was looking up in the sky, daydreaming about the potential potency of a new rifle, and didn’t have a father around to bring him back to earth.