I hate monkeys. They freak me out. I never liked them as a kid and I hate them as an... 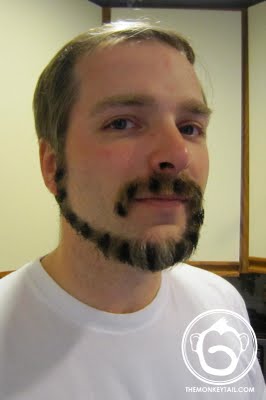 I hate monkeys. They freak me out.

I never liked them as a kid and I hate them as an adult. I don’t like seeing them on TV, in magazines, at the zoo or in the wild. And monkeys don’t seem to like me much either.

A decade ago a congress of baboons in South Africa hurled ammonia laden mud balls at me and my tracker. Three years ago I was bombarded with feces by a troop of black howler monkeys while hunting in the Yucatan. Apparently feeling left out, a gang of spider monkeys rained urine on me and my guide the next day.

I’ve yet to see anyone sporting a monkey tail in public. I’ve just seen a few dorks on the Internet with what appears to be a prehensile tail twisted around their smiling mugs. I don’t know how I’d react if I saw a monkey tail beard in person. I might get scared. I might freak out. Or I might say, “Hey man, it looks like there’s a monkey taking a dump of the side of your head.”