The Hunger Games Movie Gives Archery a Spike in Popularity

Like it or not, Hollywood has a big impact on how hunting, fishing and shooting are perceived. Sometimes it’s even... 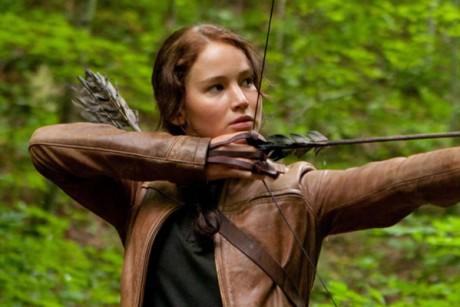 Like it or not, Hollywood has a big impact on how hunting, fishing and shooting are perceived. Sometimes it’s even helpful…

A few months ago I was poking around an archery range in Queens when a junior high school kid started bombing me with beginner question about bows. Finally, I got curious and asked him, in more eloquent words, why he was there and how he got interested in archery.

Turns out, he had seen a few episodes of the History Chanel’s reality shooting show, Top Shot, and wanted to give archery a try.

Now archery is getting an even bigger bump thanks to box office juggernaut The Hunger Games.

_
“Jennifer Lawrence’s on-screen portrayal of the character, whose archery skills keep her alive during the movie’s title death match, is inspiring fans all over the city to strap on a quiver and pick up a bow for the first time.

The city’s two indoor archery ranges, both located in Queens, report as much as a 75% spike in traffic since buzz started swirling around the now blockbuster movie.

Joe McGlyn, co-owner of Pro Line Archery, said 18- to 30-year-old fans of the series began flocking to his Ozone Park range about four months ago.

“You’ve got to get there early to get a spot now,” said Pro Line regular, Jack Denley.

Hunger Games enthusiasts come in as novices, McGlyn said, but by lesson three, “they start to develop a very solid technique.’ “_

Let’s hope that this is going on across the rest of the country. And keep’em coming Hollywood.