How to Tweak Your Release Trigger

Mechanical releases do two things: They open and they close. They’re not terribly complicated, but misadjusted releases lead to inconsistent... 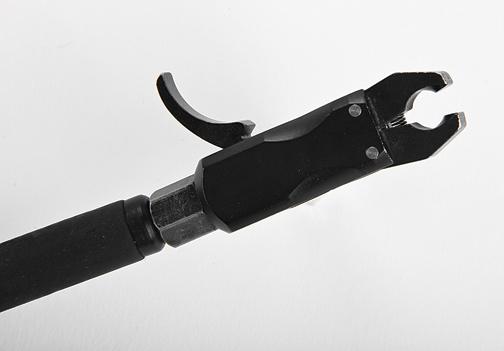 Mechanical releases do two things: They open and they close. They’re not terribly complicated, but misadjusted releases lead to inconsistent groups.

There are two ways that a release can be adjusted incorrectly. First, the trigger can be set too light. Archers have been led to believe that a light trigger cures target panic, because you won’t be fighting a stubborn release at the moment of truth. That’s false. An overly light trigger leads to punching, which is similar to jerking a rifle’s trigger.

Second, a release can be set too heavy. A tight trigger causes you to fight the pull, resulting in a panicked punch.

I always recommend a stiffer trigger, up to a point. A moderately tight trigger allows you to gently squeeze through the pull, avoiding the dreaded punch.

Oh, you’re not a trigger-puncher, you say? To see just how badly you punch your trigger, the next time you’re practicing with a buddy, trade releases. On your first shot, whether the release is set light or heavy, you’ll punch it. Badly. Don’t try to shrug this off as a reaction to an unfamiliar release. You punched it because that’s how you shoot.
Now try this with your own release: Increase the trigger pull to the maximum tension and shoot it. Undoubtedly you’ll flinch, lurch, and probably squint your eyes at the point where you expect it to release the arrow. Like detecting flinch with a rifle trigger, recognizing the problem is the necessary first step to correcting it.

Practice with the tighter trigger until you can gently pull through it. When you can, reduce the tension slightly. You’ll have quit punching the trigger and should see your groups tighten noticeably.