I spent the last two days hunting northern ducks in southern waters out of Seadrift, Texas along the Gulf of... 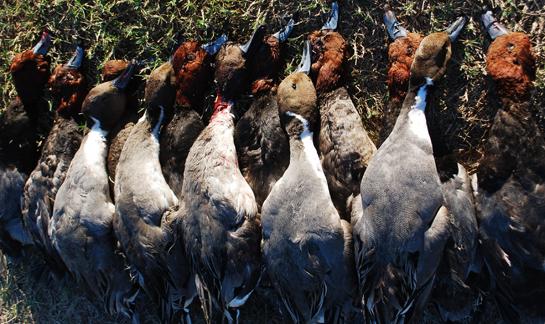 I spent the last two days hunting northern ducks in southern waters out of Seadrift, Texas along the Gulf of Mexico. Redheads, pintails, wigeon, and gadwall made have made their way down the central flyway to spend their winter in the massive delta marsh here. Myself, a few other outdoor writers, and the guides from Bay Flats lodge are ready and waiting for them.

While the hunting has been very good, it’s not easy. Here’s what I’ve learned so far; use it to capitalize on northern birds south of the Mason Dixon.

Call Sparingly
The ducks we are hunting have migrated down from the northern reaches of the central flyway. They’ve made it past sooner, cornhusker, and dakotan hunters. So, they’ve heard plenty of calling. The guides here call sparingly and they call softly. If the birds are coming in, they don’t call at all and they don’t call at birds that are far away. A few chuckles for redheads and a soft whistle or two for pintails is as far as they’ll push it. Any more aggressive calling won’t change the birds’ minds and it will probably only spook them.

Stay Out All Day
Unlike local birds that have regular schedules and patterns. Migrators down here are a little less predictable. There’s a morning flight–just like in every other duck marsh–but some of our best hunting has come during midday. Fishermen and other hunters tend to push birds around while they boat through the marsh, and once they get up, these birds want to get back down right away. If you’re packing up and heading back for lunch, you’re going to miss some of your best shooting opportunities at ducks willing to decoy.

Get a Move On
Just because you stay out, doesn’t mean you have to stay in the same spot. If you see birds flying, but they’re not coming your way, it’s time to move. Set up where you saw ducks land. Even if you spook them, there’s a good chance they’ll comeback. We reset during the day and had redheads bombing our rig while we were still putting out decoys.