Fantasy Gift Guide: 5 Christmas Presents that are Way Too Expensive

Dear Santa, I hope this letter finds you well and your reindeer still bullet and arrow free. (Seriously, how has... 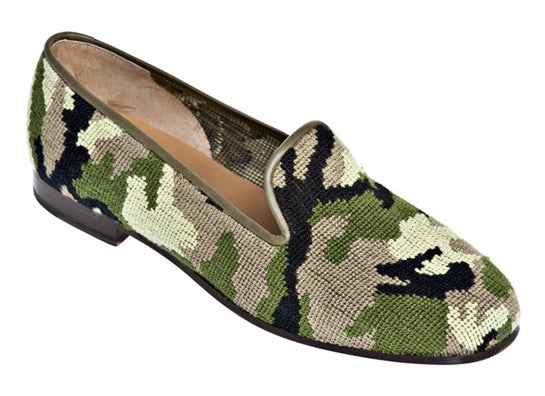 I hope this letter finds you well and your reindeer still bullet and arrow free. (Seriously, how has no one taken out Rudolph yet? I mean he carries around a spotlight that all but targets him in early morning and late afternoon and begs to be made the focus of one heck of a taxidermy mount!)

This year I’ve limited my wish list to five major items and while they total a little over half a million dollars, I think we’d both agree that I’ve been exceptionally good this year.

My first gift item is a pair of Stubbs & Wooton Palm Beach Camo Slippers ($450). They’re really plush, each pair is made by hand, and my feet would look damn nice in them. I could also wear them with my tuxedo at the Dallas Safari Club’s Black Tie Gala!

Next up is an Eduardoño Barracuda 22.5 Standard Panga (starting at $12,975). I’m sure you’re familiar with these workhorse vehicles. They’re used by good fishermen in Central America, Africa, the Middle East, and Asia and by those very bad Somali pirates.

Of course I’ll need something to pull my new boat so how about an American Expedition Vehicles Moab Jeep (price contingent on conversion chosen). It features upgraded versions of AEV’s already indestructible front bumper, rear bumper, and hood, as well as Savegre Wheels, a snorkel, tire carrier, forward and rear lights, winch and a host of other bells and whistles that make even Land Rover whimper in jealousy. Oh, and I want a Hemi engine in it too (an additional $6,000).

My last two items are actually a two-for-one-special since by getting them for me you’ll also be giving my good friend Ivan Carter a very Merry Noel.

I want a 21-day safari in the Zambezi Valley with Ivan as my Professional Hunter. Ivan’s the most respected elephant hunter alive today so you know he’ll get me onto a big tusker as well as great lion, leopard, and buffalo. I’ll need a Krieghoff Classic “Big Five” Double Rifle chambered in .470 N.E. in addition to airfare, taxidermy, and tip money (trip and rifle POR).

So, there you have it. You better get snapping there Santa Baby as Christmas is less than two weeks away. In the meantime I’ll continue to be my good, thoughtful, not-at-all-narcissistic-in-thinking-that-I-deserve-more-than-most-people self.