Film Your Own Hunts With Peak Designs

Earlier this year I was turned on to a new camera accessories company, Peak Designs. Peak makes the Capture Clip,... 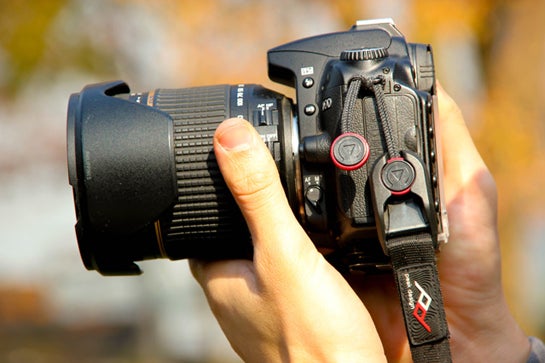 Earlier this year I was turned on to a new camera accessories company, Peak Designs. Peak makes the Capture Clip, which I field-tested this fall.

The Capture Clips is a plate that screws into the bottom of your camera, where you’d attach a tripod. The plate can then buckle to any strap or harness. I’ve used mine to go up treestands and attached it to backpack straps.

It’s quick release, so you can get the camera up when nature presents herself. A traditional tri-pod plate screws into the base of the clip, too, so the camera can come off my harness and seat directly into the Manfrotto head on my treestand’s camera arm. It’s U.S. Army tested and used, so I don’t worry too much about breaking it.

This month Peak has introduced a new project via a Kickstarter campaign. It’s their take on the traditional camera strap. At first blush it looks conventional, but with the quick release mounts and different slinging options, I can see how it’d benefit an outdoors shooter. Combined with a Capture Clip, I think it could be the best, safe, system for hauling a camera around the backcountry. They’ve already blown past their Kickstarter goal of $10,000, but still it’s a company worth watching. Most of Peak’s marketing is slanted toward backpacking/rocking climbing/mountaineering dudes, but hunters, fisherman, and tactical guys have something to gain from their products.

Check them out and let us know what you think.