Waterfowl Hunting: What You Need to Know About Steel Shot

Nontoxic shot has been required for waterfowl hunting since 1992. And more states are mandating its use in select areas... 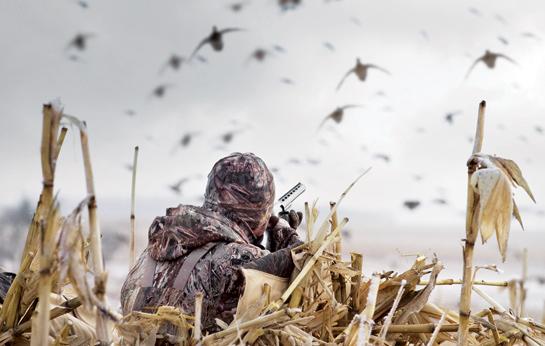 Nontoxic shot has been required for waterfowl hunting since 1992. And more states are mandating its use in select areas for upland bird hunting–even for doves on some state lands.

During the past two decades, despite a plethora of nontoxic-shot types coming to the market–steel, bismuth, and tungsten composites–bird hunters have taken primarily to shooting steel shot. Steel currently makes up nearly 90 percent of all nontoxic shotshell sales.

While numerous denser-than-steel tungsten-­composite pellet loads have come on the scene, offering ballistic superiority over steel shot, their price point (generally two to three times higher than equivalent steel loads) has kept most wingshooters from embracing them. Because of material cost and low sales, most U.S. shotshell manufacturers are dropping tungsten-composite pellet loads from their lines. That means steel shot will likely remain king long into the future.

Nevertheless, most hunters still don’t like it. Just as they were two decades ago, they remain vulnerable to misinformation and prejudicial comments against steel shot, which inhibits shooters’ performance.
With that in mind, it’s time to remind wingshooters how to get the best possible results with all nontoxic shot.

Dense Patterns
The majority of today’s steel and tungsten-composite pellet loads pattern more densely and with shorter shot strings than lead loads. For 20- to 40-yard shooting with these nontoxics, employ more open chokes–Improved Cylinder and Modified. At medium- to long-range shooting distances (40 yards and beyond), Modified and Full chokes are needed for consistent killing patterns.

Do not buy into the misinformation that when shooting steel shot, you need huge pellets to get the job done. Loads containing overly large pellets develop very thin patterns and increase wounding losses. For all duck species and pheasants, the science tells us the biggest pellet needed is a No. 2 steel or No. 4 tungsten composite; for all goose species, nothing bigger than a No. T steel or No. BB tungsten composite is needed.

Because steel and tungsten-composite pellet loads are harder to hit with than lead loads (largely because of their less-forgiving shorter shot string), hunters need to practice on clay targets more than ever. That practice must be done with nontoxic loads, not lead. Shoot light loads going 1,300 to 1,400 fps to replicate the performance of your nontoxic hunting load.