Thunderstruck by a Honker

I should have been on my back in bed. At least, that’s where my Outdoor Life colleagues thought I was,... 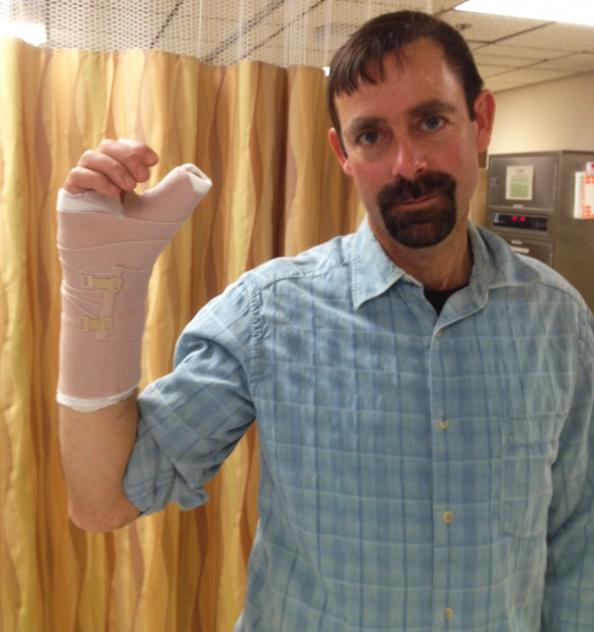 I should have been on my back in bed. At least, that’s where my Outdoor Life colleagues thought I was, nursing a spiking fever. But instead of sipping herbal tea under the covers, I was piling up honkers on the shore of the Missouri River, halfway to a limit of the big, black-and-white geese, feeling only slightly guilty for playing hooky.

I don’t have an excuse for leaving my sick bed, except that it was the final day of duck season in the Central Flyway, and I’ve never seen more mallards and Canada goose on the river not far from my house. It’s the only excuse a hunter needs. Right? Cough, cough.

I knew it would be a memorable day when the first flight flew over me on their way to feed in riverside grain fields. I waited until they were just in range, then–kneeling behind my Russian olive shrub-cover–folded the first honker, then swung on the next, crumpling it with a load of steel BBs.

I missed the next bird, but 15 minutes later made a long pass shot to bring my bag to 3 geese in 4 shells.

Then the big gaggle of geese started honking and milling, the prelude to their departure from the water.

I couldn’t have charted a better flight path. They were coming right for me, hundreds of geese, maybe 25 or 30 yards off the deck. I picked one out, just above me on the right, and folded it. Then I swung to the left and smoked another.

Then I noticed something was amiss–besides my excellent shooting. It must have been a flash in my peripheral vision–an innate sense of doom approaching at high speed–and I turned to my right, my right hand still on the slide of my Remington 870.
**
LIKE A THIRD-FLOOR CINDER BLOCK**
The next thing I knew, I was on my side in the snow, howling in pain. My dog was in the river, fighting the current to retrieve a big Canada. A second goose was in my lap, bleeding and looking up at me with beady black eyes.

I had been cold-cocked by a honker!

It took several moments to assess the situation. First, I must have lost consciousness for a few seconds. My shotgun ended up about 10 feet behind me, cast onto the snow. My right hand tingled, then went numb. Then I got nauseous and a little dizzy.

Then I discovered, while trying to tote my 5 geese to the pickup, that I couldn’t close my right hand.

I’ll spare you the tedium. It hurt like hell. It swelled up like a picnic ham. I nursed all the sympathy I could out of my family and colleagues, to whom I finally had to admit I wasn’t as sick as I let on.

Finally, on Saturday I went to the emergency room. The doc ordered x-rays. They’re inconclusive. We need to wait for the swelling to subside so we can get better pictures. My right hand is in a fiberglass splint. It took me two hours to type this blog post. The crew at the ER is still laughing over my story. I’m telling everybody who asks about my bandaged hand that I slipped on the ice.

Sunday is the last day of goose season here. If I’m on the river, I’m not hunting for fun. I’m hunting for revenge. That’ll be me, the guy in the camouflage. And the football helmet.