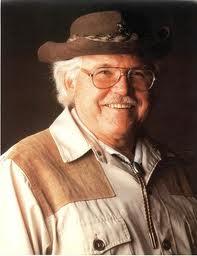 Throughout his life, Jennings was known as an innovator. Jennings was one of the first to recognize the potential of Holless Wilbur Allen’s original compound bow design.

As such, Jennings purchased the first license to Allen’s patent and is credited as the first to mass produce compound bows.

Jennings’ original designs were 2- or 4-wheel models and became the early industry standard for quality, innovation, and performance. Jennings, the quintessential marketer and tireless educator, turned early animosity by traditional archers against the compound bow, into an acceptance and love affair with the compound. As such, the modern compound bow industry was born.

Jennings was inducted into the Archery Hall of Fame in 1999. He was a lifetime member of the National Field Archery Association and had numerous patents for compound bow improvements from the US Patent and Trademark Office.

If you still have an original Jennings bow, we’d love to hear about it in the comments.