Valentine’s Day: The Seasonal Grace of a Coyote Killer

A hard-hearted old hunter, a solitary bachelor by choice and for cause, once told me that the only day he... 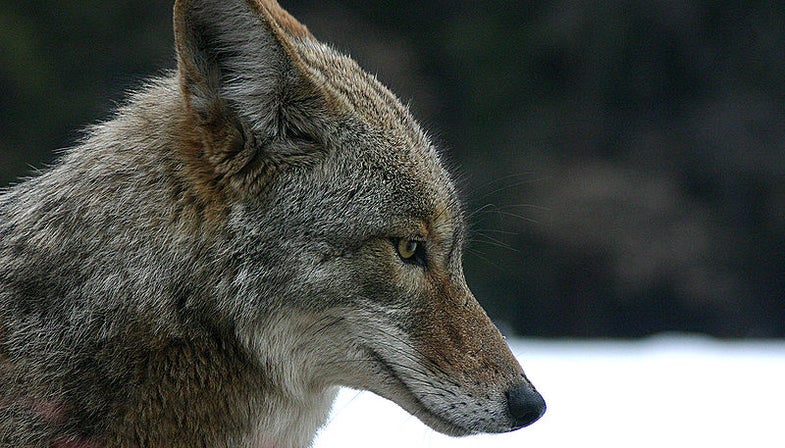 A hard-hearted old hunter, a solitary bachelor by choice and for cause, once told me that the only day he didn’t hunt coyotes was Valentine’s Day.

The rest of the year the old scab pounded coyotes with the sort of frightening intensity most people reserve for threats to their families or hopeless sports franchises. The old-timer had grown up on a sprawling sheep outfit along Wyoming’s Green River, and he had seen first-hand the sort of savagery a pack of coyotes could unleash on tender lambs and their bleating mothers.

One time, as he drove his old pickup down a county road and I feigned interest in a story I had heard a half-dozen times, I spotted a coyote in a dry wash, and he grabbed his rifle and jumped out of the truck while it was still rolling, leaving me to figure out how to hump over the trash on the seat, get behind the wheel and stomp on the brake before it veered off the gravel. He, of course, got his dog and never asked how I fared with the runaway vehicle.

Unlike most coyote hunters, who mimic the sound of a dying jackrabbit or the bleat of a wounded fawn to call coyotes into rifle range, this fellow didn’t use distress calls. Instead, he had an uncanny knowledge of where coyotes would show up, and would be there waiting, like an Old Testament demon, with his greasy Carhartt jacket and his rusty .243.

The only call he had was a howling tube, a reed call that could bark and whimper and howl like an entire pack of keening canines. He reserved its use for February, the months when coyotes roam the landscape in search of a mate, and would play it like a musical prodigy, luring hormonally raging coyotes to their death.

But he hung up his call and rifle on Valentine’s Day, even though he said it was traditionally the single best day to call in these rut-season coyotes, and even though he certainly didn’t have any romantic obligations of his own.

“Every critter needs one day to be themselves,” he explained. “One day to tend to their business without risk or fear.”

On Valentine’s Day some people bestow flowers or confections on the important people in their lives. This fellow gave something even more personal: a single day of mercy.