For Dale Tribby of Miles City, Mont., a 2012 caribou hunt in northern Quebec with his son was a dream... 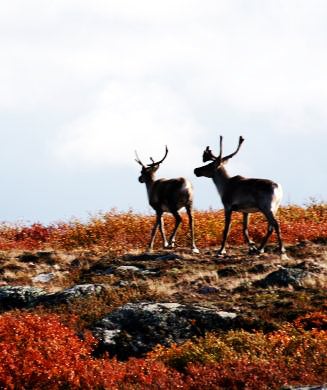 For Dale Tribby of Miles City, Mont., a 2012 caribou hunt in northern Quebec with his son was a dream hunt.

“Neither one of us had ever gone on a guided hunt, and it took us years to save up enough money,” said Tribby.

After shelling out $14,000, Tribby received a call from his outfitter just five days before he and his son were scheduled to depart. The Leaf River caribou herd hadn’t migrated into the area, meaning no animals were passing through any of the campsites, the outfitter said. They would have to wait until next year.

Then in July of 2013, Tribby received a letter from his outfitter stating that the Canadian government had drastically cut the number of hunting permits. Once again, the Tribbys’ hunt was canceled.

Adding insult to injury, the outfitter stated they were ready to challenge the permit reductions in court – they just needed $2,000 more from Tribby to cover legal fees.

Tribby refused, and now he has no idea if he and his son will ever get to go on their hunt.

“I understand there are a lot of upfront costs, but to not refund any of our money isn’t right,” added Tribby. “Even if we do get to go on a hunt, we’d only get to harvest one caribou, which is not the hunt that we paid for.”

Unfortunately, Tribby isn’t the only hunter in this situation. In fact, he’s one among hundreds of American hunters who have had their trips canceled by caribou outfitters. In many parts of eastern Canada, caribou herds are in dire straits. Labrador’s George River herd went from 776,000 in 1993 to only 25,000 today. This prompted the Canadian government in January 2013 to close hunting of the George River herd for five years or until caribou numbers increase (see the press conference here).

No one knows for sure why the George River herd has all but disappeared, but biologists attribute some of the population decline to increased gas and oil exploration and its negative effects on the environment. Seismic lines that cut across northern ranges destroy forests, creating new browse that whitetails feed upon. When whitetails move in, wolves come with them. Researchers have discovered that today caribou comprises 10 times more of a Labrador wolf’s diet compared to the 1990s. Many experts also point to global climate change. They contend that deeper snows have made it hard for caribou to reach lichen and wetter summers have created larger mosquito and fly hatches which can keep caribou from putting on enough body fat.

Despite population declines in other herds, the Leaf River herd in Quebec is relatively stable at 430,000 animals. Nonetheless, hunting permit reductions were approved by Yves-Francois Blanchet, the Minister of Sustainable Development, Environment, Wildlife and Parks. He also announced that the bag limit will be decreased from 2 caribou per hunter to 1 caribou per hunter in the 2014-2015 season.

In a statement, Minister Blanchet said, “Because the stability is fairly recent, we must remain cautious.” I contacted government officials to get clarification on why the permit reductions were approved, but they gave no comment.

Local outfitters don’t understand why the new hunting restrictions on the Leaf River herd are necessary.

“What biologists are telling us in terms of how many caribou we have doesn’t correspond with what we’re seeing in the field,” said Bernard Domingue of Tunilik Adventures. “They [researchers] told us a several years ago that a herd in western Canada was extinct, but they found it five years later, and there were 200,000 caribou in the herd.”

Outfitters have banded together to challenge the loss of hunting permits in court. Similar legal battles have been fought, but outfitters rarely prevail.

Only 10 years ago, you could book a guided caribou hunt for about $2,000, plus the cost of airfare. The expansive tundra is in close striking distance for hunters in the Northeast and northern Midwest, making travel fairly easy. The hunter to guide ratio was 2:1 and both hunters could bag two animals. After tagging out, your outfitter would take you fishing for the remainder of the trip.

But today, fewer and fewer Americans will have an opportunity to hunt the deer of the North. Hunters like the Tribbys may never know what it’s like to run a hand over the brown hide of a freshly killed caribou. That dream, for many hunters, has died.