I’m not saying that every mule deer hunter needs to buy the Boone and Crockett Club’s new book, “A Mule... 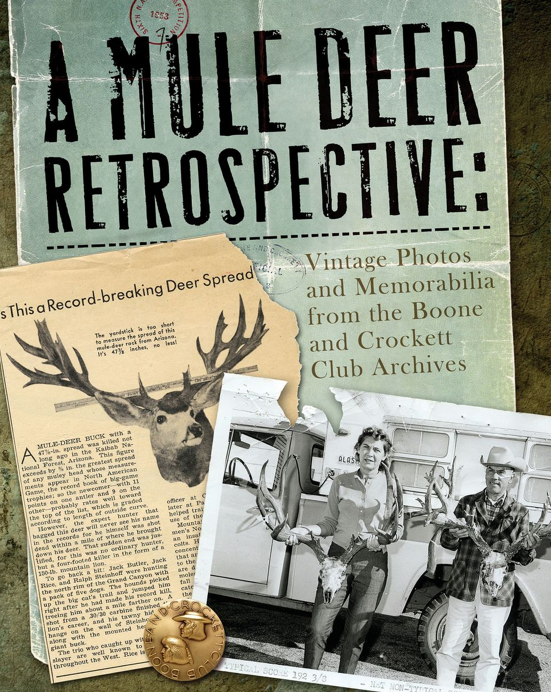 I’m not saying that every mule deer hunter needs to buy the Boone and Crockett Club’s new book, “A Mule Deer Retrospective.”

What I’m saying is that it will enrich the lives of every deer hunter in America, whether you’ve ever walked a steep ridge above treeline, or watched prairie bucks spar in a blizzard, or ever dreamed about heading West for high, wide, and handsome muleys.

In fact, the worst thing I can say about this remarkable new book (www.boone-crockett.org; $35.95)–286 pages of vintage photos, hunting stories, and some fresh perspectives on mule deer conservation–is that I wasn’t asked to contribute to it.

Instead, there are entries from Miles Moretti, the director of the Mule Deer Foundation, from my friend Wayne van Zwoll, and from fellow writers Guy Eastman and Ryan Hatfield on topics ranging from the factors that made the 1950s and ’60s the golden age of trophy mule deer to the remarkable women who have tagged some of our biggest bucks to the pull of mule-deer country at a cellular level.

One of my favorite sections dissects Arizona’s Kaibab Plateau, home of what is likely the most famous mule deer herd in America, and makes the case that the habitat and genetic pool that made it the crucible for trophy hunters of the last century is as intact and functional as when Aldo Leopold famously studied the relationship between habitat and population dynamics.

The writing is good, but what makes the book such a treasure are the photos. Here is the hunter in a red-wool Mackinaw with a Savage 99 slung over his elbow, a 200-inch mule deer roped to the hood of his Studebaker. There is a meat pole sagging under the weight of a string of jaw-dropping bucks, a wall tent and Willys jeep in the background. And between them is a buck the likes of which any of us would consider the culmination of our hunting careers, slung in the back of a homesteader’s buckboard, the head lost to time and the shelterbelt.

There are some deficiencies here. I badly wish the book had an index, so that searching specific places and names was easier. And some of the graphics are a little confusing and cluttered.

But the volume is a treasure, like walking into the restored hunting cabin of a favorite uncle, the one who had the prettiest rifles, the biggest bucks, and the best stories. It’s a reminder that mule deer have defined the best of the West, and in many ways they still do.