Of the many latest-and-greatest gadgets released every year for hunters and fishermen, few are revolutionary. Or even new. They’re usually... 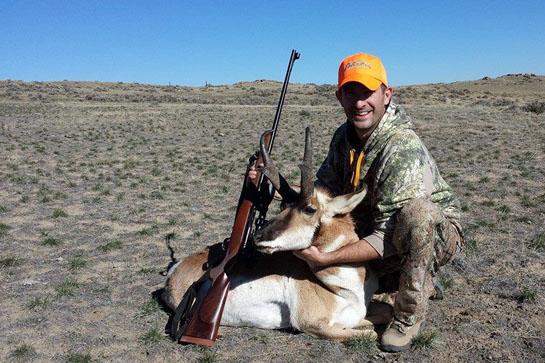 Of the many latest-and-greatest gadgets released every year for hunters and fishermen, few are revolutionary. Or even new. They’re usually just tweaked versions of an old idea wrapped in fancy packaging and described with technical jargon that makes it sound like the equivalent of the Neanderthal man discovering fire and inventing the wheel.

While Cabela’s ColorPhase technology might not spur mankind ahead in the same manner as fire or the wheel, and at the risk of sounding hyperbolic, it might be one of the greatest evolutions in modern camouflage.

Available in the company’s new Zonz patterns (a typical hardwood, woodlands pattern with leaves and branches, and a Western pattern featuring sagebrush, grass, rock and ground), ColorPhase technology features rapid-change, temperature-activated dyes. These dyes change the color of elements in the pattern based upon the temperature. At approximately 65 degrees (variables including body heat, direct sunlight, wind and humidity), the colors of elements within the pattern change from warm-season greens to cold-season browns or grays. That’s huge. One camouflage pattern will now actually blend in better from early to late season. This is just the first endeavor into this technology, and the effect it could have on the industry as a whole is huge.

I tried some of the new ColorPhase and Zonz clothing in Western pattern while antelope hunting with Cabela’s, U.S. Sportsmen’s Alliance and Camp Chef in Wyoming during the last week of October.

The Zonz pattern (some of which features ColorPhase technology) is printed on a larger screen, which allows greater space between elements (so clothing isn’t clotted with leaves and branches, forming a dark blob from a distance) and greater transition areas between the three zones in the patterns (which basically breaks down to overarching elements of nature – dominant tree trunk/bark, limbs and branches, as well as smaller sticks and leaves in the Woodlands pattern, and sagebrush, grass and ground and rock/scrub in the Western).

The patterns also feature photo-realistic elements in the foreground that transition to abstract digital shapes and textures in the background – creating a pattern with depth and fragmentation within the wearer’s body (effectively breaking up your body shape and outline to the eyes of big game).

I have to admit, much like the HyperColor fad in the 80s, it was just fun to monitor the temperature-changing dyes of the ColorPhase garments during a hunt that started with warm temps in the 60s for the first two days and then temps that plummeted into the teens at night and topped out in the 20s during the day. In our canvas wall tent, we’d stoke the stove and try to keep it cozy; you could tell if the temperature was above 65 degrees or not because of the shade of the ColorPhase elements in the pattern.

But this isn’t mere chicanery in a slick package and marketing bravado; I believe it could be one of those rare game-changers in the outdoors world. The possibilities are endless when you consider the combinations of dyes, temperature settings and patterns that could be manipulated in various ways.

Think about it: the temperature for the dyes can be set to change at any degree, potentially giving patterns the ability to change drastically – when temps drop to 30 degrees, perhaps your selected pattern “frosts” over, or maybe a snow pattern begins to “melt” and show mud as temps reach into the upper 30s.

I’m not sure exactly what Cabela’s has planned for the future of this technology, but it doesn’t take too much creativity to see that the possibilities are endless. Cabela’s Allan Krygowski, a Category Specialist in the camouflage department, gave me a tease on the hunt, however: “This is just the tip of the iceberg. There are some really cool products being planned and worked on for the 2014 and 2015.”

The price is right too. The most expensive item currently in the ColorPhase line is an [$80 insulated jacket](http://www.cabelas.com/product/Cabelas-ColorPhase-Insulated-Hooded-Jacket/1620256.uts?Ntk=AllProducts&searchPath=%2Fcatalog%2Fsearch.cmd%3Fform_state%3DsearchForm%26N%3D0%26fsch%3Dtrue%26Ntk%3DAllProducts%26Ntt%3DColorPhase%26WTz_l%3DHeader%253BSearch-All%2BProducts&Ntt=ColorPhase&WTz_l=Header%3BSearch-All+Products/) or bib coverall (http://www.cabelas.com/product/Cabelas-ColorPhase-Insulated-Bibs/1620234.uts?Ntk=AllProducts&searchPath=%2Fcatalog%2Fsearch.cmd%3Fform_state%3DsearchForm%26N%3D0%26fsch%3Dtrue%26Ntk%3DAllProducts%26Ntt%3DColorPhase%26WTz_l%3DHeader%253BSearch-All%2BProducts&Ntt=ColorPhase&WTz_l=Header%3BSearch-All+Products/). Sweatshirts, t-shirts, hats and gloves are even less and are in line with standard item pricing. Currently, ColorPhase comes in only cotton and cotton/polyester garments; high-tech wind- and waterproof items aren’t out yet.

As market evolution goes, the company that introduces a new technology usually leads the way with it (at least for a while). But, other companies are usually fight to find a way to compete with that technology by bettering it (not likely since Cabela’s owns patents for it), creating similar technology (more likely, considering legal loopholes) or invent new technology. Photo-sensitive technology anyone?.