Do You Have the Skills to be a Game Warden?

Many hunters and anglers have, at one point, considered becoming a wildlife officer. Veteran game wardens say that the reward... 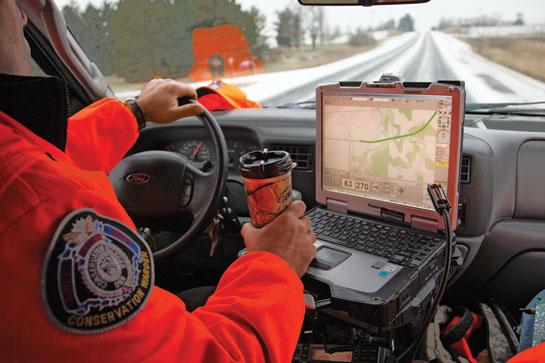 Many hunters and anglers have, at one point, considered becoming a wildlife officer. Veteran game wardens say that the reward of protecting America’s wildlife resources is a large part of their job satisfaction. But do you have what it takes to be a warden? Here are some of the qualities of a good recruit.
**
Work in any weather**
There are no days off for heat, cold, snow, or rain. And you’ll often work alone in remote areas. Whether it’s dealing with a belligerent poacher or an injured fisherman, you’ll need to be able to make quick decisions and rely on your own judgment.

Deal with People
Despite what some think, game wardens aren’t employed just to write tickets for violations. Educating the public about wildlife resources and personal safety is an essential part of the job, and wardens need to be able to relate to a variety of people in different situations. According to Mike Norton of the Missouri Department of Conservation, “Communication skills are essential. You’ll be giving presentations, and without public cooperation you won’t be able to make a difference.”
**
Perform Varied Tasks**
Wardens don’t just enforce wildlife laws–they perform search-and-rescue missions, monitor timber harvests, investigate environmental damage, and protect national historic sites.

Good Conditioning
Wardens are out of the office and in the field throughout much of the year, and this may require walking miles in search of a lost hiker, performing a water rescue, or running down a criminal. Lieutenant William Browne of the Indiana Department of Natural Resources says, “You can’t do this job if you’re not physically fit.”

Mental strength
Most jobs involve some level of stress, but the job of a warden can be extremely taxing. Many wildlife violators are armed, and confrontations are not out of the question. Perilous rescue missions, all-night stakeouts, and terrible weather all require mental toughness, confidence, and determination, not to mention creative problem solving.

Morals and Ethics
Becoming a game warden involves shouldering tremendous responsibility and making ethical decisions in difficult situations. You’ll have a lot of freedom, so you need to have the strength of character to make the right call, says New Mexico Fish and Wildlife Sergeant Brady Griffith.

A Clean Record
“Many otherwise good candidates are eliminated because they don’t have a clean background,” says Indiana’s Browne.

Outdoors Experience
According to Lieutenant Alan Myers of the Washington Department of Fish and Wildlife, a rich hunting and fishing background will give new candidates an edge.
**
BY THE NUMBERS**
6,320: The number of state and federal wildlife officers, according to Bureau of Labor Statistics Data, 2012.