Does Tape Over Your Rifle’s Muzzle Affect Accuracy?

If you hunt in rainy places, you probably know about electrical tape, the basis of vigorous debate in almost any... 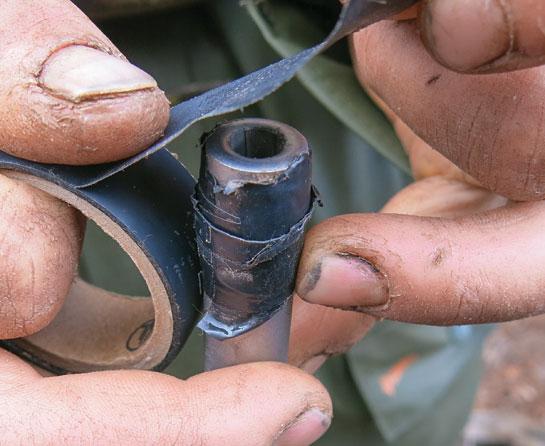 If you hunt in rainy places, you probably know about electrical tape, the basis of vigorous debate in almost any camp.

The tape, stuck over the muzzle, is used to keep precipitation and debris out of the rifle’s bore. But many hunters argue that the protective layer throws off your bullet’s impact point. Others say the flimsy barrier won’t deflect the bullet.

I tested the accuracy of two bullet types fired from the same .308 benchrest rifle, first without tape over its muzzle and then with electrical tape covering the bore. The results of eight 5-shot groups: Tape does not significantly degrade accuracy. Just as important, the tape also did not shift the rifle’s point of aim.

If you tape your muzzle to keep out the elements, you needn’t worry about shooting through it.