The shooting and hunting industry gathers this week in Las Vegas for a convention and trade show celebrating the state... 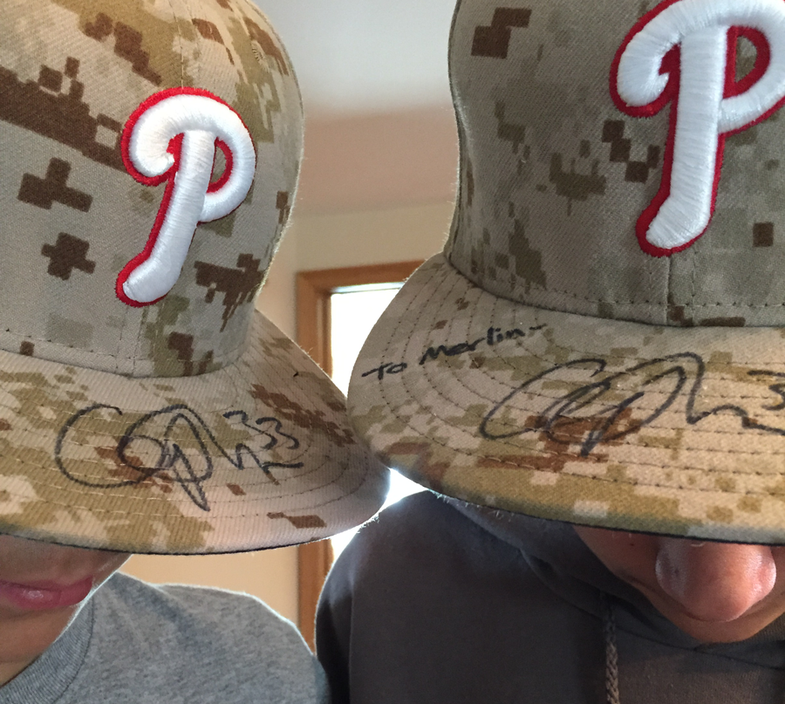 The shooting and hunting industry gathers this week in Las Vegas for a convention and trade show celebrating the state of the art and science of ballistics.

It’s annual reminder that this is an industry, where the flag of commerce flies nearly as high as Old Glory. But it’s an industry comprised of individuals, and the greatest thing about this collection of hunting and shooting companies is the people who populate them.

I was reminded of the fraternity and good nature of my fellows of this industry the other day. The reminder came inside a box, mailed to my twin boys by Tim Anderson, who runs public and press relations for the camouflage company, Mossy Oak.

Tim and I hunted together back in November, a bowhunt in Illinois that produced no deer but hours in a pickup, driving from and to the airport in Moline. As is the case with lots of veterans of this “industry,” Tim and I have known each other for years, and we routinely inquire about each other’s families and lives beyond work. Tim asked if my boys were still into baseball, and I told him about their carriers on the diamond, Merlin as a catcher, Ellis as a shortstop and sometimes outfielder. And I reminded Tim of their MLB fixation. Ellis is a die-hard Philadelphia Philly. Merlin has the unfortunate tendency to root for the New York Yankees.

Tim mentioned that he sometimes talks to Lee, who loves to hunt when he’s not fanning hitters. That was the extent of the topic. Tim drove. Our conversation turned to deer hunting, our mutual experiences with small Iowa colleges, Tim’s grandkids, and football.

I spent the rest of the fall chasing a big whitetail and raising kids. Tim spent his fall getting ready to promote a new camo pattern. Then, a couple weeks ago, on their 14th birthday, the box arrived, addressed to my boys. It was from Tim.

“Better open it,” I told the twins, figuring it might be that new Mossy Oak pattern, or maybe an Iowa acorn.

“Dad, you better come look,” said Ellis, and something in his voice made me hustle. Inside the box were two ball caps (surprisingly, not clad in Mossy Oak), each stitched with the Phillies’ trademark P. On the bill, scrawled in Sharpie, were the boys’ names, and a distinctive signature: Cliff Lee, #33.

“Best present ever!” declared Ellis, when he regained his voice. I told the boys of my November conversation with Tim. “You know somebody who knows Cliff Lee?” said Ellis, and you could tell the association—remote as it is—made me stand just a little bit taller in his eyes. Tim and Cliff might know that’s a gift in itself for a father of teenagers.

That night, when I tucked Merlin into bed, I looked over at his bedside table. There was his Cliff Lee cap, front and center, conspicuously eclipsing his previously favorite Yankee caps.