Meet Cole and Buddy Eastman of Hiram, Maine. We selected this father-son duo as the winning team for Outdoor Life’s... 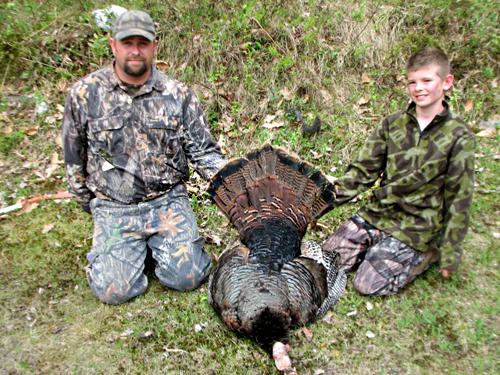 We received 1,935 entries, and 12-year-old Cole’s essay stood out to us as the most enthusiastic and genuine responses of the bunch. A cornerstone of the Eastmans’ hunting tradition is their strong mentor-mentee relationship, which was one of the most important criteria for winning the contest.

“Hunting gives me and my dad special time together,” Cole wrote in his contest entry. “I know a lot of my friends don’t have that. I also know my dad gives up a lot of time to teach me his hunting ways he learned from his dad… My dad does so much for me, and if I could surprise him with this trip it would be a dream come true for both of us. We always talk about going on a hunting trip together. To win this trip would mean I could maybe repay him in a small way for all he has given me and taught me. It would show him how much I really do appreciate the time he spends with me.”

Buddy and Cole have pursued whitetails and bears in their home state, but they’ve never hunted farther west than New Hampshire. Now we’re giving these two Mainers a chance to tag one bull and one cow elk between them during a week at Vermejo Park Ranch next month.

“I want Cole to take the bull tag, and I will use the cow tag,” Buddy said. “It will mean more to see him shoot the bull, and to see the excitement on his face. We wouldn’t be going if he didn’t take the time to write to Outdoor Life. And just so you know, Cole wanted me to take the bull tag. But I explained to him why I wanted him to take the tag, and told him he would understand better when he is older and hunting with his own kids.”

We’ll be sure to film and photograph the action, so you can join them for the hunt. Check back for updates, and in the meantime, you can read the rest of Cole’s winning essay here.