f you come across this_ post after February 2015, this issue will no longer be free to the public. The... f you come across this_ post after February 2015, this issue will no longer be free to the public. The good news is, anyone who signs up for a free 30-day trial can peruse every page of that magazine, and every other issue in our whopping 117-year entire collection. And even if you absolutely refuse to sign up for anything, you can still read the free issue that’s currently unlocked. _

A Wyoming Bear Hunt
The February 1915 issue touts one of its features as “The Greatest Bear Hunt Ever.” This is a lofty claim, and the author takes his time building up to the good stuff. The whole story reads more like a personal journal than the highlights of an action-packed hunt, but the details and change of pace are part of what makes it such a fascinating read. 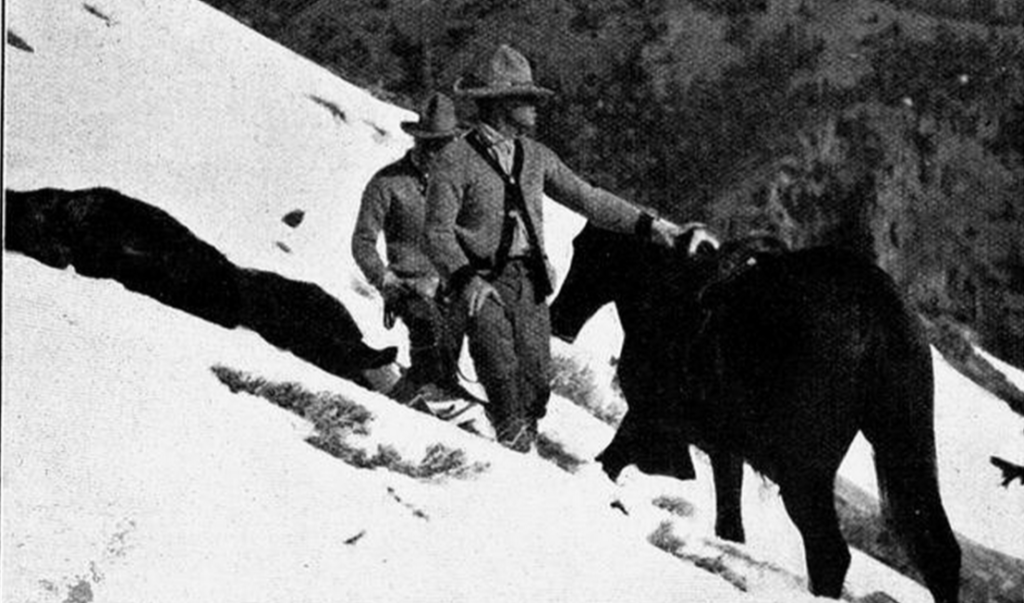 Members of the hunting party depart New York’s Grand Central Station on April 20, 1914, and a combination of the travel time to Cody, Wyo. and brutal winter storms push the excursion back to May 1. When the party finally gets moving, they head for Buffalo Bill’s T. E. Ranch and kill a black bear that same day. All told the hunters net thirteen black bear and grizzly hides. Fair warning though: This story is formatted as a sort of dispatch from the field, and it ends with a grizzly charge and a “To be continued.” Part II follows in March 1915, so stay tuned.

If you’re interested in more bear content, be sure to check out the grizzly photos from the February 1965 issue here.

We always appreciate a great DIY project, and that was no different 100 years ago. This article was written by an angler for any amateur who wants to create “any sort of rod…at very little expense of money, time, or labor.” That sounds a little too good to be true, but the author walks readers through his process of constructing a $15 rod for $6.92. That’s the equivalent of reproducing a rod that costs about $350 today and building it for around $162.

To find out how he did it, read about it here.

This investigative piece on poaching elk for their ivories is an interesting read, both for the close look at early 20th century poaching and punishment, and also because these elk were killed for their teeth alone. The culprits apparently showed zero interest in the antlers—or the meat.

REWARD: We still seem to be missing a few issues from our collection. If you happen to have access to any of the issues published in 1898—our first year in print—drop us a line at letters@outdoorlife.com. We’re offering a bounty for any of our missing issues.