Used to be, the place old garden hoses went to die was remote Alaska, or the Yukon or British Columbia... 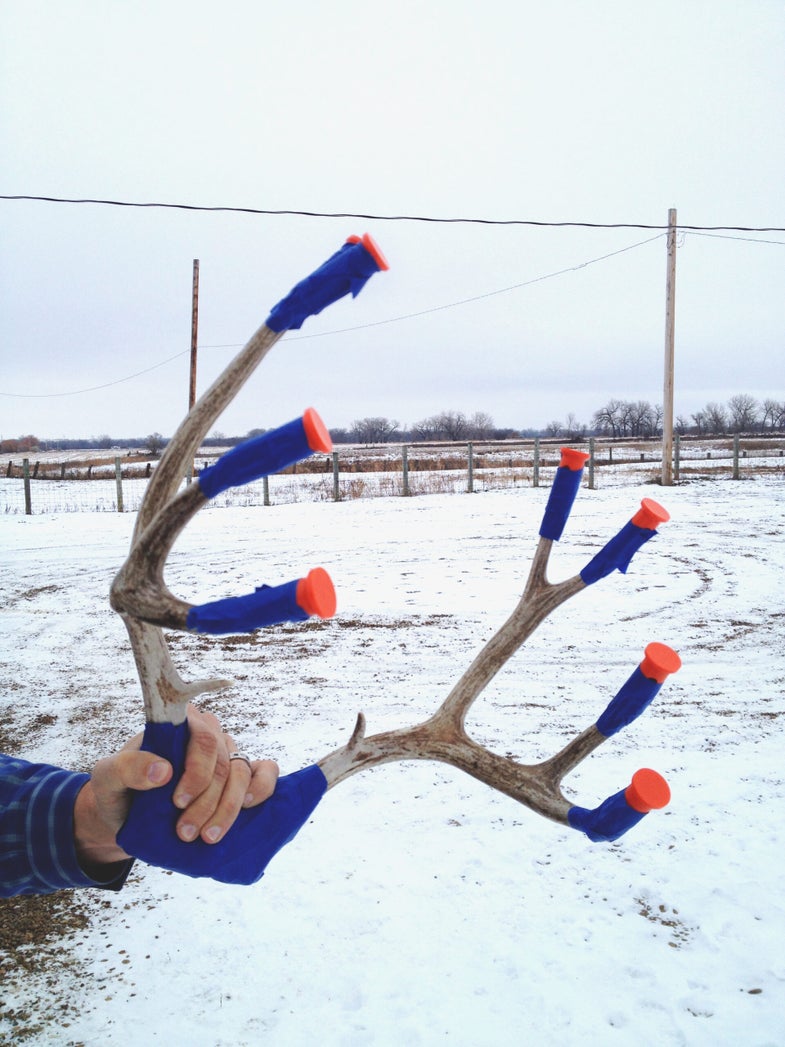 Used to be, the place old garden hoses went to die was remote Alaska, or the Yukon or British Columbia backcountry.

The rubber hoses were cut into thumb-sized sections and then jammed over the sharp points of hunter-killed caribou, moose, and elk antlers. The repurposed hose sections protected the antlers, but also ensured that their points wouldn’t stab anyone in transit back to civilization.

Now, there’s a new product that serves the same role. It’s called “Point Guard,” and I was a skeptic until last month, when I had to ship a sharp-pointed mule deer rack in my checked airline baggage.

I was on the cusp of hacking up a hose when I recalled the Point Guards, sent to me out of the blue by its inventor, a cheerful New Yorker named (of course) John Buck. They worked marvelously. Basically, they’re a hard plastic disk at the end of two flexible wings. Slide the wings over the point until the tip butts up against the disk, then tape the wings down over the antler point. It protects the tip and the bright orange plastic gives your rack a festive look.

I caught up with Buck to ask him about the origin of Point Guard.

“Several years ago I went to Wyoming and killed a beautiful buck, only to have the antler tips tear through my bag going through the airport,” he told me. “The baggage-claim clerk wanted to cut the tips off the antler. That’s a fairly common practice when baggage creates what can be perceived as a safety threat to passengers. I knew there had to be a better way, and spent some time fiddling with the idea of the Point Guard.”

And leave your garden hose where it belongs, in the garden.