Quest for Wild Bacon: Quick Detour for a Coyote

We hunted the first evening, and all the next day, but there are still no pork chops in the cooler.... 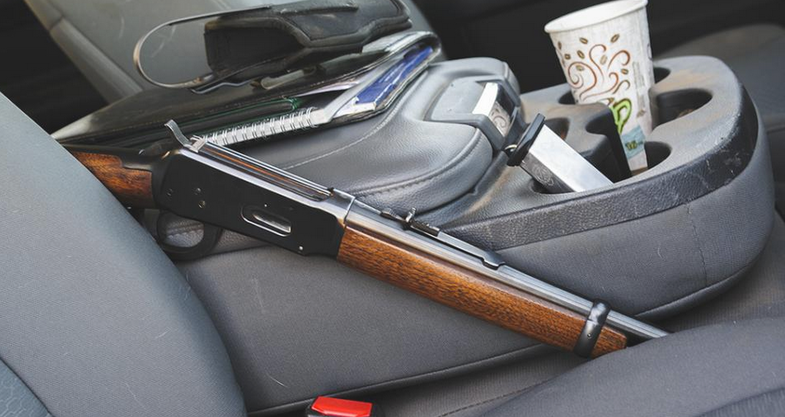 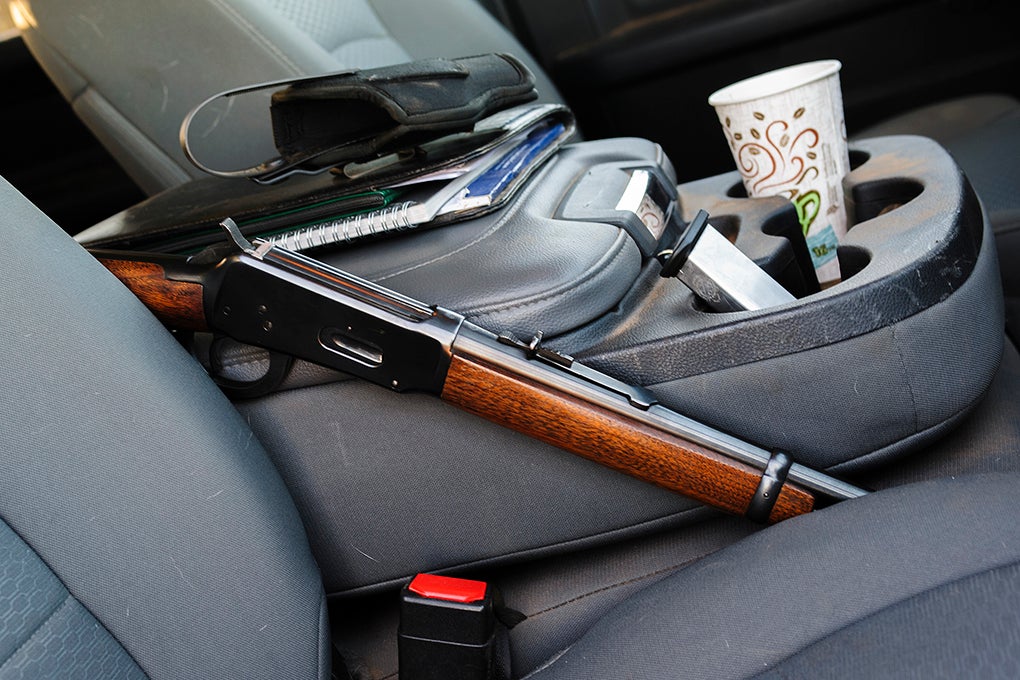 This is the fifth installment of a multi-part series about the author’s quest to harvest a Texas hog. You can read part four here. Stay tuned for more blog posts, photos, and video.

We hunted the first evening, and all the next day, but there are still no pork chops in the cooler. The cowboys and other hunting guides indicated the strange weather fluctuations were keeping the pigs pinned down; they weren’t moving at all during sunrise or sunset. When they were feeding on the wheat fields or the prickly pear roots, it was happening in the dark.

Spike Box Land and Cattle Ranch does not bait its wild boar population, so there is no sitting over watermelons and picking off hogs. This is an authentic free-range experience. More than one seasoned hunter reminded me: “That’s why they call it hunting, not shooting.”

Was I ever going to get a chance to pull the trigger? Would I leave Texas with a looming unanswered question? At last, an opportunity presented itself at the week’s end.

As we were leaving a natural draw on the edge of a wheat field, we spotted a coyote moving toward us. By this point, I was frustrated that I hadn’t even seen a pig, let alone fired a shot. I had spotted hares, doves, quail, redtail hawks, road runners, deer, coyotes, skunks, and traffic jams of cattle. But where was this huge feral pig population I’d heard so much about? Was it all a bunch of hype to bait hunters into paying big money to stalk mythical creatures? I was beginning to think it was a ruse. I felt a bit disappointed, duped, and a bit angry. 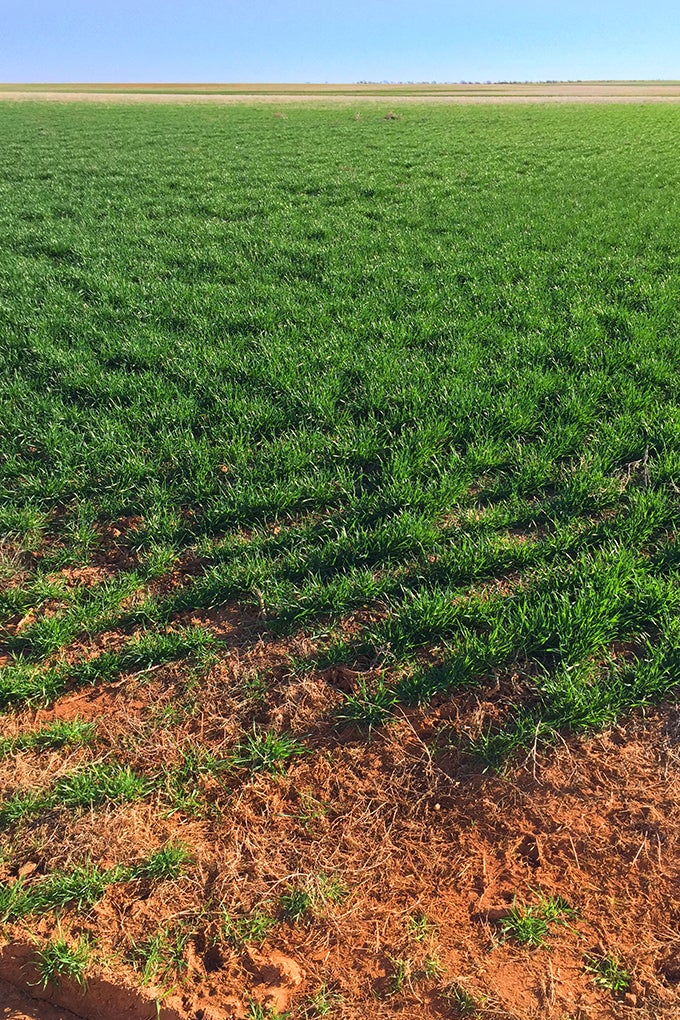 “Shoot a coyote, save a fawn, Krissie,” he said.

But wait, no. This wasn’t a pig. This wasn’t food for my table. This wasn’t my mother’s gun. Despite those inconvenient facts, I picked up the rifle, got the coyote in the scope’s crosshairs best I could because of an awkward position, and fired. Pulled the trigger. Fired at a mangy coyote.

Granted, I missed. But only by an inch, Anthony assured me. I choose to believe him. The ‘yote took off running, and Anthony floored the truck.

“We’re gonna do a drive-by, Krissie,” he hooted with delight.

Away we went at 50 mph across the wheat field whipping brodies, carving serpentine tire tracks in the topsoil, bouncing up and down over furrow. I was having the time of my life.

“Get your rifle, Krissie! He’s going down!”

I pulled my rifle from where it snugged between the passenger seat and the console. Anthony maneuvered to get the ‘yote over on my side of the vehicle. With one sharp turn and a bounce of my rump up and down on the seat, the coyote was on the starboard side of the truck.

I thumbed back the hammer on my mother’s 1954 Winchester .30-30, took aim, and pulled the trigger. Let me state that again, I pulled the trigger. BAM! Sack-o-taters. Right there. Got him. I never even hesitated. That mangy, fawn-eating sorry excuse of a ‘yote was going downtown Charlie Brown. Just like that, he awakened the hunter in me. 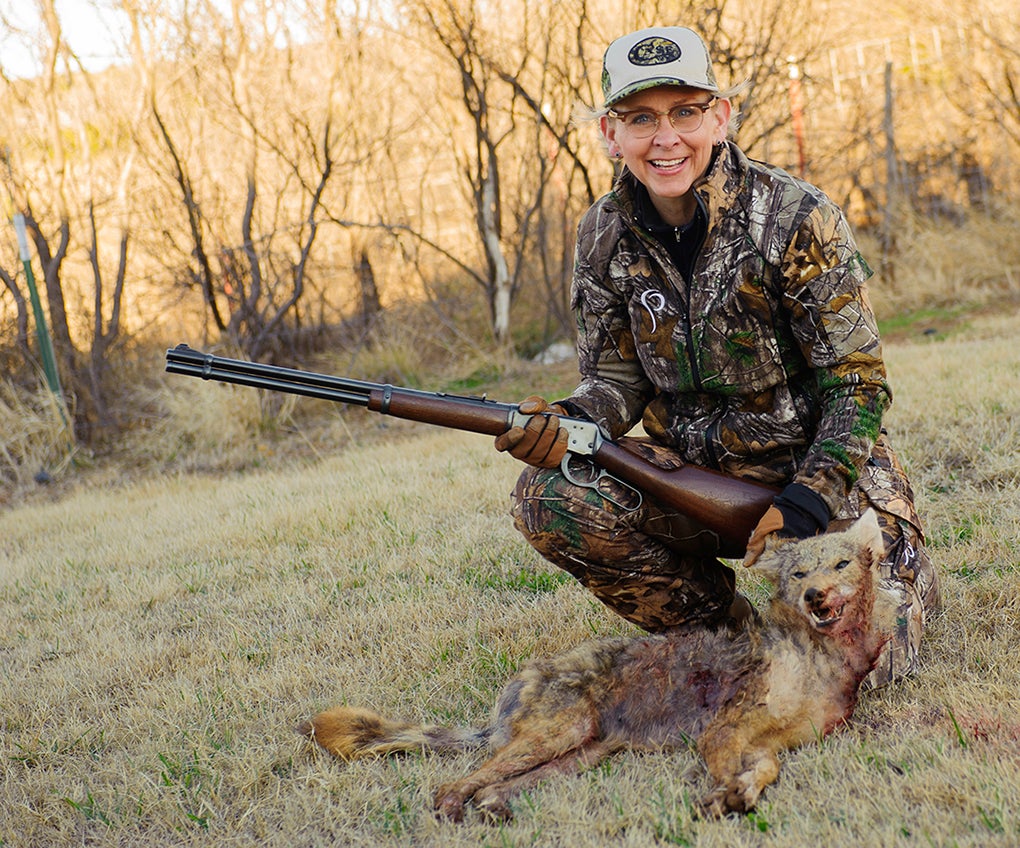 The fact that I ended up bringing home a pig, too, was a little anticlimactic (but stay tuned anyway). Once I pulled the trigger on the coyote, the question had been answered. The doubt removed. My goal was to discover whether I could pull the trigger; whether I could end the life of an animal bigger than a pigeon in a way that aligned with my value system. I can, and I did.

When I got to camp with the coyote, my brother held out his arms and wrapped me in a big hug. And my daughter did, too. I soaked it in and realized I had just crossed over a line I had drawn in the sand. I had pulled the trigger.