Tips and Tactics: How to Hunt Elk

For every American whitetail hunter, elk are aspirational, calling to them the way Cooperstown calls to a Little Leaguer. The... 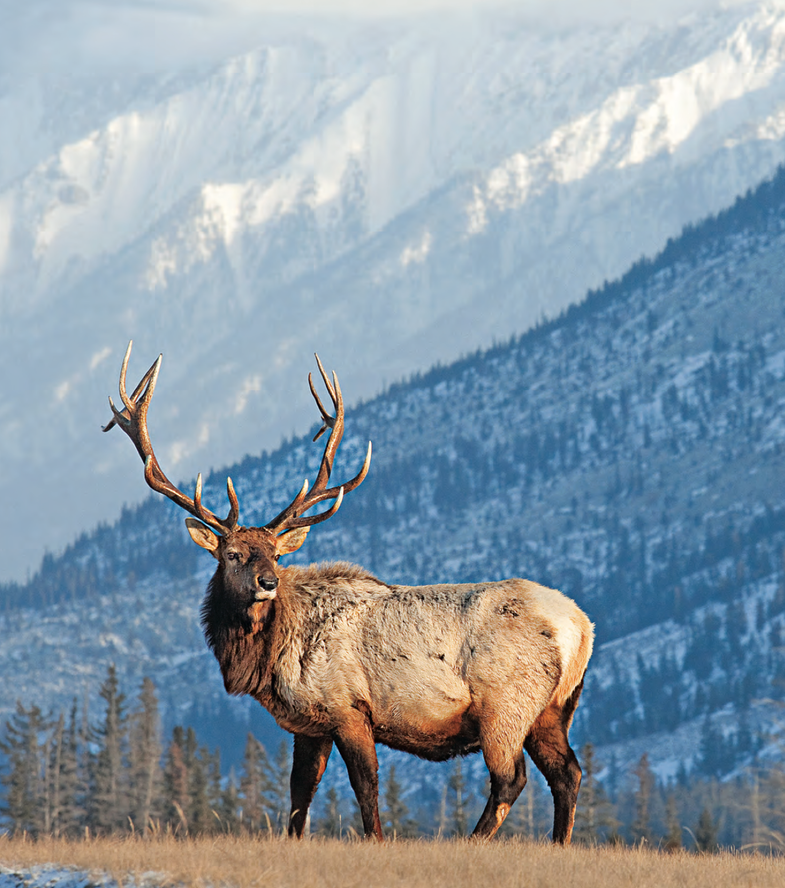 For every American whitetail hunter, elk are aspirational, calling to them the way Cooperstown calls to a Little Leaguer. The impossibly heavy and branching antlers of bulls are as alluring as the soaring mountains where they live, and the mythology of elk is filled with Western romance: canvas wall tents, the creaking leather of pack trains, and frosty mornings at timberline. And thanks to reintroductions and range expansion, an elk hunt is more attainable than ever. Even if Major League Baseball remains stubbornly out of reach of most of us.

More than the wild turkey or the bald eagle, the majestic elk should be considered America’s national animal. Before we timbered and plowed the continent, elk roamed from sea to sea, inhabiting nearly every type of terrain in between. Material progress sent elk— sometimes called wapiti—to a few remote sanctuaries, where the pillars of our conservation movement recognized them as indicator species of wild lands. Folks like Theodore Roosevelt and William Hornady argued to preserve these remnants of backcountry, so elk and their allies would survive.

They couldn’t have imagined the century since the establishment of the National Forest Preserve. Elk have not only come to define those Western public lands, but they’ve recolonized much of their historic range, including western Pennsylvania’s hardwood forests and eastern Kentucky’s coal country, where hunters have the opportunity to kill some of the largest bulls on the continent and hunt them under the changing leaves of an Appalachian autumn. Elk have been reintroduced into the Ozarks of southern Missouri, and there are huntable herds in northern Michigan, Minnesota, Nebraska, California, and every Canadian province west of Ontario.

The reintroduction of gray wolves to the West has impacted local elk populations, but ongoing research suggests that prey and predator cycles will likely achieve balance over the long term.

In their core habitat of the West, the restoration story has been almost too good. Populations have increased in some areas to the point that game managers are trying to reduce herds and increase hunting opportunity. In short, it’s a good time to be an elk hunter.

An Interntaional Family
Four distinct subspecies of elk currently roam North America. By far the most numerous and widely distributed of them is the Rocky Mountain elk, which can be found in mountains and adjacent habitats from Arizona north to the Yukon. The Roosevelt elk lives in the rainy forests of the Cascades and Washington’s Olympic Peninsula. California’s interior valleys and remnant swamps are home to the rare tule elk, which is creeping back from the brink of extinction. And the Manitoba elk lives in the northern woodlands of the Canadian shield and the St. Lawrence River.

Two North American elk races have gone extinct since Europeans settled the continent: the huge Merriam’s elk, which was once found all the way from western Texas through southern Arizona, and the abundant Eastern elk, which was native to the hardwood forests of the Ohio and Mississippi river valleys until the early days of the last century.

American elk are part of a large and widely dispersed family. Until recently, biologists thought that elk and European red deer were a single species, but DNA research indicates that they are genetically distinct, though so closely related that they can interbreed.

The red deer, or stag, is native to much of Europe, from Scotland’s bogs to the forests of northern France, through Germany, east into the Balkans, and across much of Russia. The species has been widely transplanted, as far as the foothills of the Andes in Argentina and the Southern Alps of New Zealand. An Asian species of elk, more similar in appearance and behavior to our North American elk than the stag, occupies forested habitat from Kazakhstan east through Manchuria. 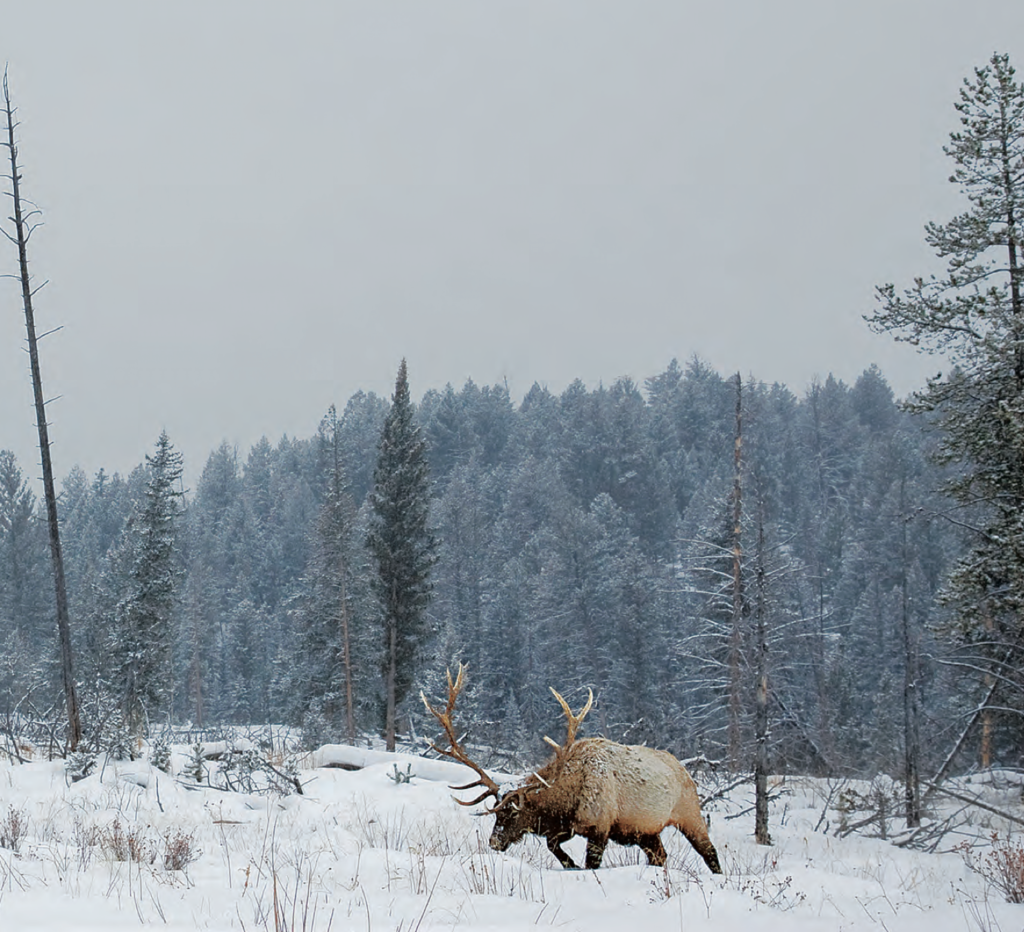 Hunting Strategies
While elk and stag can tolerate dense forest—and they will flee to the densest, most remote timbered pockets whenever they feel threatened—they prefer areas with frequent openings. Hunters should key on these edge habitats, where elk emerge to feed at twilight.

Setting up on these meadows is a good plan, assuming the animals arrive as scripted. If you prefer a more active type of hunting, climb to a lookout and use optics to find elk and then work out a stalk that gets you within range. Pay careful attention to the wind, always keeping it in your face. Shifting winds have saved the lives of more elk than all the habitat conservationists together.

Especially in the mountains, elk migrate along ancient corridors that deliver them from higher- elevation summer ranges to more hospitable winter ranges. Once snow piles up, intercept elk along these routes. Or you can bowhunt during the rut and call bugling bulls into bow range.

However you hunt your elk, plan on longish shots—out to 300 yards (or meters)—with a rifle, and shoot a bow-and-arrow combination that can deliver at least 60 foot-pounds (81 newton- meters) of energy. 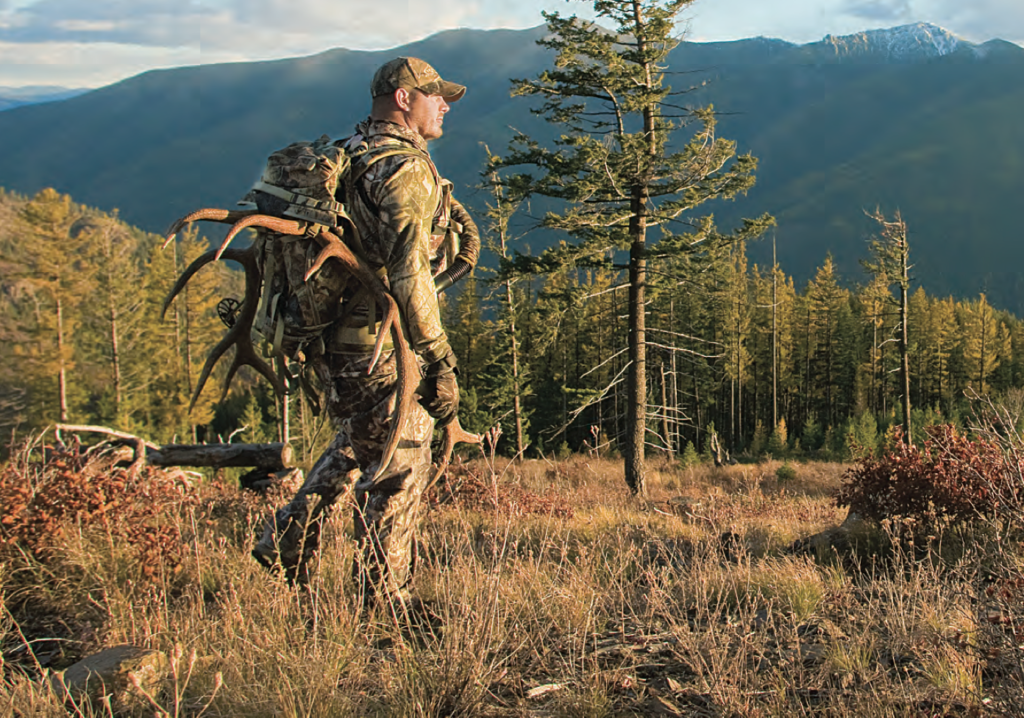 Bowhunting Rutting Bulls
There’s a sound reason most archery seasons for elk open in early September. These short-range hunting opportunities are timed to coincide with the rut, the breeding season when mature bulls gather and defend large breeding harems of cows from interlopers. 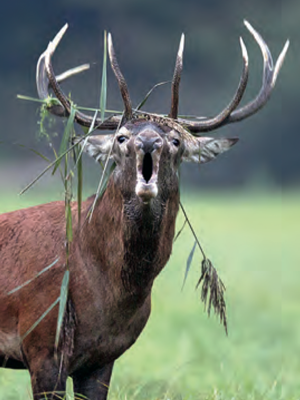 This is a vocal business. Cows make their presence— and availability—known by chirping and mewing. Bulls respond by emitting the high-pitched keening cry of a bugle. Hunters who are able to mimic both these sounds can often call bulls right into their laps.

In practice, it’s not quite so easy. Sometimes calling spooks elk, other times it attracts only immature bulls (called spikes or raghorns). But when it works, calling a bull into bow range is like conjuring a cage fighter.

I know of nothing else in hunting that compares to having an 800-pound (363-kg) bull come running to your call, wild-eyed and heaving, thrashing brush with his remarkable antlers, calling you out to fight.

Bugle or Roar?
North American elk are known to bugle—a keening, nasally whine that changes in pitch and carries across open land. European stags bellow like lunatic cattle— accurately called a roar, it sounds like it came from an apex predator, not a prey species. Biologists think the low-throated roar evolved in woodland wapiti, because it can be heard well in dense cover. 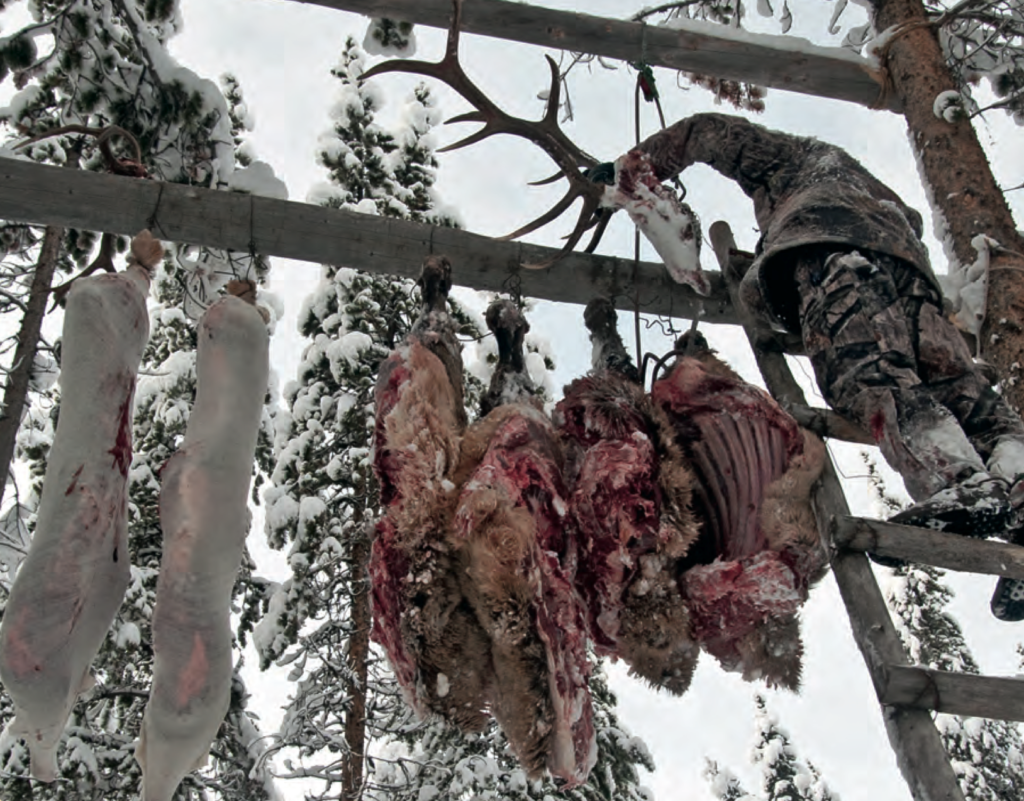 Field Skills: Bone Out an Elk
My elk-hunting strategy is to hike into backcountry areas as light as I can and to come out heavy, laden with meat and antlers.

But there’s a limit to the weight I’ll pack, and I draw the line at dense, heavy elk bones (and the bones of moose, caribou, and mule deer, for that matter). That’s why canvas game bags, a good boning knife, and a frame pack are essential parts of my backcountry-hunting arsenal.

Once you get an animal down, the first thing not to do is to gut it. There are two reasons for this. First, many elk live—and die—in predator country, and you don’t want entrails to attract claws and fangs as you take apart your trophy. Second, the real trophy of an elk is the delicious meat, and the faster you can get it off the bone and out of the field, the happier you’ll be the rest of the year.

The trick is to lay the carcass out on its side, then fillet the skin off the front and rear quarters. Open a game bag and carve off big chunks of meat—roasts, hams, backstraps, neck meat—keeping them clean of dirt and hair. Once you’ve dissembled one side, turn the animal over and repeat. Then, once all the exterior meat is bagged, it’s time to extract the tenderloins.

Do this by making a small incision in the flank, just behind the ribs, and reach up toward the backbone. You’ll feel the tenderloin; make a cut at the forward end and carefully work it loose from the carcass. Turn the animal over and repeat.

If you’re alone, you’ll have to make several trips to pack out an entire elk; hang the bags in a shady tree to cool until you come back to retrieve them.