Turkey Hunting Tips: Little Things That Can Cost You Big

The Devil is in the details and when you’ve hunted—and messed up on—turkeys for more than 30 years, you know... 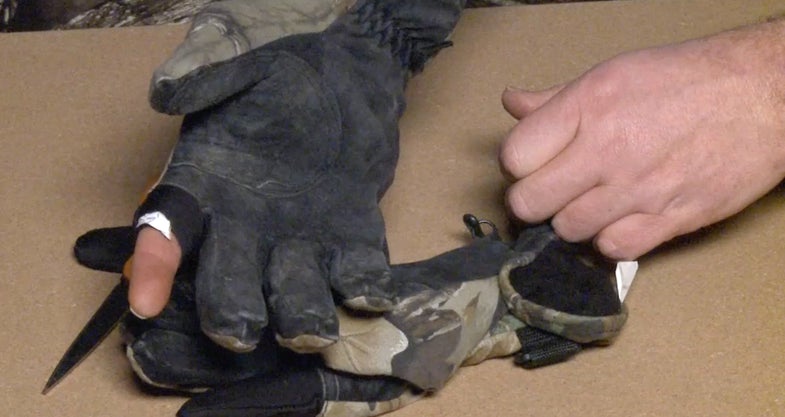 The Devil is in the details and when you’ve hunted—and messed up on—turkeys for more than 30 years, you know that saying all too well. I feel certain that this season will bring with it new-and-improved ways for me to blow great hunts, but I’m equally confident that there will be no repeat performances of some of the very many gaffes I’ve made in the past. I have learned from my many blunders—and from those of others.

Take my little buddy Ralph DePew, for example. The pre-dawn snow that fell on the morning of his first-ever youth turkey hunt did nothing to diminish his excitement. The alarm went off, he threw on his heavy deer clothes and we hit the woods. The gobbler we’d roosted and set up on worked flawlessly. He pitched early and was on his way to us in a hurry. With the bird at 60 yards and closing, Ralphie’s 12 gauge roared. The tom putted as he flew off. A quick autopsy of the situation told the tale. As the youngster bore down on his gun, the trigger-finger of his cold-weather gloves touched off the round 30 yards too soon. Lesson learned for both of us. It could have been much worse. Nowadays, hunters at my camp get hand warmers, or scissors to create their own version of fingerless gloves. Ahhhhhhh….those details.

My other hunting pal, also a Ralph, takes ownership for my next favorite lesson learned. A few years ago, he and Ray Eye were set up on a roosted bird in a copse of hemlocks. The tom gobbled ceaselessly in the roost and flew down early. Eye saw the bird’s beaming white noggin first, but got no response from Ralph when he whispered to him to shoot. The gobbler walked past the pair and kept right on going.

“Of course you didn’t,” Eye countered. “You’re wearing a damn head net and you didn’t cut out eye holes. Happens with hunters I take out at least a half-dozen times every season. The guys who know enough to cut out eye holes, don’t strap it to their heads. They turn their head to look for the bird and head net doesn’t move—they can’t see the bird.”

Dumb little pointers, you say? I’d never be that stupid? Only novices make those sorts of mistakes? Hardly. It happens every season. What’s the dumbest thing you’ve ever done in the turkey woods? We’d love to know.