Eleven new cases of chronic wasting disease have been detected in Missouri’s free-ranging whitetail deer, the state’s Department of Conservation... 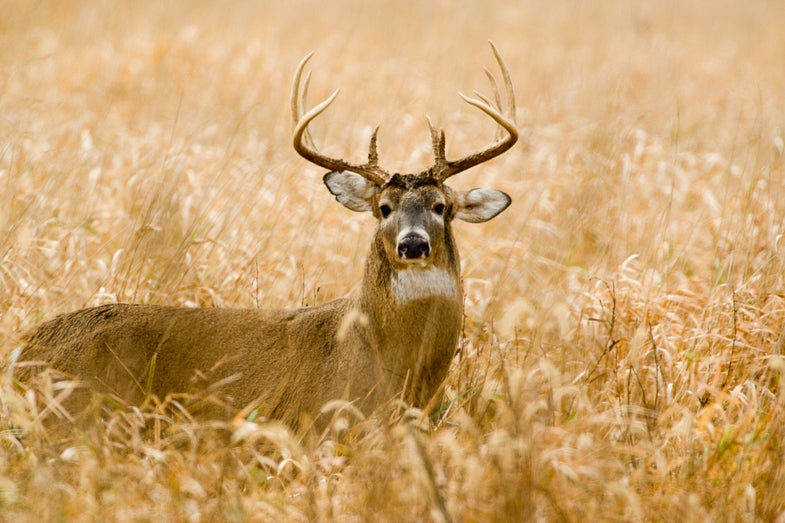 The new cases frustrate efforts to contain the always-fatal disease since it was discovered in 2010 at a private, high-fence hunting preserve in Linn County, north of Columbia. Especially disturbing to state wildlife managers is that, this month, the disease has been detected in a brand new area. One buck with CWD was harvested just west of Jefferson City near the Cole County village of Centertown.

The other 10 new cases were found in Macon and Adair counties, near the northeast Missouri game farm where the disease was first detected. This brings the total number of cases to 24 since the disease was discovered in wild, free-ranging deer. CWD has also been found in 11 captive deer in Macon and Linn counties. There is no cure or vaccine for CWD, which is 100 percent fatal to the deer that it infects.

Missouri’s Department of Conservation has been aggressively sampling hunter-killed and department-killed wild deer in an effort to both identify the core infection area and to prevent spread of the brain-wasting disease. All told, the state has collected more than 43,000 tissue samples since 2001, including 3,400 tissue samples from deer just this past season. The state is awaiting results from more than 330 samples still being tested in a private lab.

The detection of CWD in Cole County, an area many dozens of miles from the loci of the disease around the Linn County game farm, and nearly 100 miles from the six-county CWD Containment Zone, has caused many CWD critics to lean forward, wondering if the detection is an anomaly, or the first of a new cluster of CWD cases.

You can find out more about Missouri’s response to CWD here.