Live Hunt: The Life of an Alaskan Trapper

Alaska attracts a certain type of person, and with Fairbanks (my hometown) being literally the end of civilization, that fact... 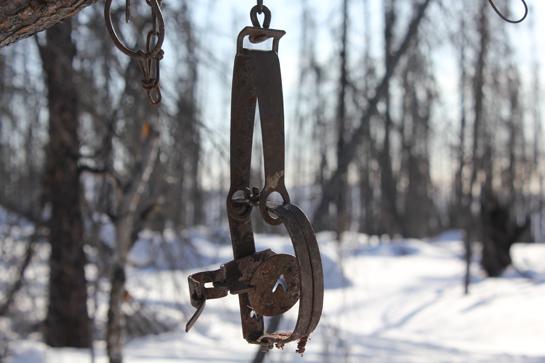 Alaska attracts a certain type of person, and with Fairbanks (my hometown) being literally the end of civilization, that fact is more evident here than anywhere else. Fairbanks is full of hardy, freedom-loving people who often “don’t fit the mold.” Although the modern world is here and creeping ever deeper into The Last Frontier, there are many of us who dream of an older, wilder time, and have to find a way to keep in touch with that.

For me, that’s where trapping comes in. Trapping is considered by many to be a lost art, but it still has its place here in Alaska. The state has some of the largest wildernesses and most abundant resources left in the country, and it’s home to a strong number of individuals who relish their environment. Trapping in Alaska is unique in several ways.

Much of the land, especially off the beaten path, is largely unchanged from the days of the early gold miners and trappers. There’s something almost surreal about trapping the same animals and seeing the same sights that all of the old timers told about. Books like Alaska’s Wolf Man and Above the Arctic Circle tell of the unbelievable adventures the old time trappers had. Most trappers Alaskan trappers can still experience those same adventures and more. Having a remote, snowy place of solitude to retreat to and at the same time be able to witness the beauty and harshness of an Alaskan winter is an opportunity few people get.

Although general game densities are usually lower here than in the lower 48, Alaska has abundant populations of some of the best fur there is. We have the opportunity to trap animals such as wolves, lynx, wolverine, and marten. Many of these animals are rare in the lower 48, but are plentiful here.

It’s about more than just catching animals. Trappers here see a side of nature that almost no one else will ever see, and we learn to see things that no one else can. Even most Alaskans would be hard pressed to tell the difference between wolf tracks and moose tracks in deep snow, or whether a wolf is nervous or relaxed, or that marten often live under the snow pack eating frozen blueberries from the fall before.

I could go on for hours about all of the unique experiences I have had, but one thing’s for sure, I am thankful every day for being able to live and trap in the Last Frontier. I hope you stay tuned on Live Hunt as I share some of those experiences with you.