After having a compound bow that did little more than take up closet space for several years, I got back... 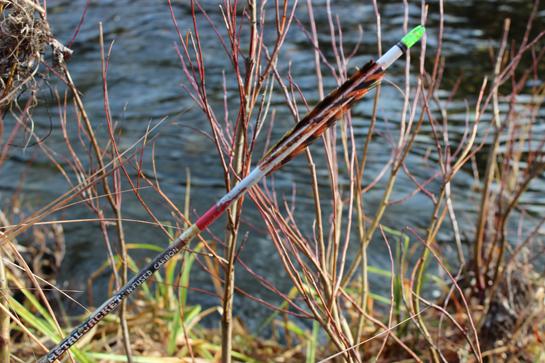 After having a compound bow that did little more than take up closet space for several years, I got back into shooting traditional bows last year. I don’t have anything against compounds, but they aren’t for me. Traditional bows have a certain nostalgic appeal, and with all of the practice it took to improve my shooting with them, I’ve developed a certain attachment.

My dad has always shot Easton aluminum arrows, and that’s what I used to take my black bear with a long bow last year, but I decided to try out their Axis Full Metal Jacket arrows with my recurve this season. Much to my delight, they shot like a dream. They are tougher than regular aluminum shafts, but don’t splinter when they break like carbon shafts do. Another benefit is that they are heavy. Traditional bows don’t exactly shoot at light speed, so it’s important to use heavy arrows to improve penetration. The right recipe for both my 65-pound and 75-pound limbs are the 340 FMJs with 120-grain Grizzly (140 with insert) single-bevel broadheads. All together the arrow weighs 595 grains.

I got plenty of practice this year on one tough bull moose, putting five FMJs in him. Although four of the arrows went into his lungs, he stood there and took them–some moose are just tougher than others. The arrows did great, though. Every single one achieved at least three-quarter-length penetration. My second arrow disappeared in the moose, quartering into his lungs. I pulled the whole arrow out of the body cavity while cleaning him.

There are enough arrow options out there to outfit a medieval army, but out of all the ones I have tried, the Easton Axis FMJs are my favorite. I was recently talking with Neil Jacobson, builder of Bear’s Paw Bows in Montana, and he said that with the FMJs his groups dramatically improved, and this guy shoots thousands of arrows a year. They are more popular in the compound market, but if you shoot a traditional bow, you should definitely give them a try.