There’s not a turkey hunter among us who isn’t stirred by a ground-shaking gobble from a close-range longbeard. In fact,... 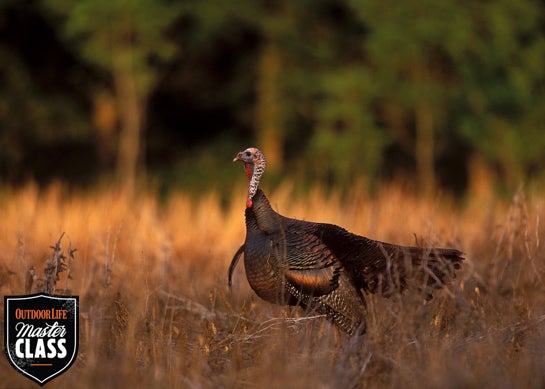 There’s not a turkey hunter among us who isn’t stirred by a ground-shaking gobble from a close-range longbeard. In fact, the most exciting part of a turkey hunt is fooling a bird into range with a call. But sometimes calling just doesn’t work. Hens will often hear yelping from a rival bird and walk their tom in the opposite direction. Cold fronts can shut down gobbling overnight. High winds can drown out even your loudest locator calls.   Here are some situations when you want to keep the call in your vest pocket and hunt your gobbler in silence.

1. Friction Call Fail
Don’t call if the turkey is in sight, and you only have friction calls with you. Even the slightest movement will spook the bird. Sit still and let the longbeard’s curiosity lead him into shotgun range.

2. Go Where the Strutter Goes
You may not want to call if you know exactly where a hunter-pressured strutter prefers to go. Set up on his strut zone and wait him out. If you do try to call him in and fail, you could lose the bird for the season.
3. No Decoy in Sight
Don’t call if the gobbler can see your seated position and there’s no turkey (or decoy) standing nearby. When that bird hears a yelp it expects to see a turkey on the other end of it.

4. Other Turkeys Ahead
Don’t call if the flock of turkeys (and gobbler trailing like a train caboose) is obviously coming, and it simply isn’t necessary. To use a waterfowl analogy here, if the ducks are cupped and committed to your spread, shut up and let it happen.

5. Stuck in the Middle
If you get lucky and happen to set up between a live vocal hen and an approaching gobbling tom, forget the calls and get into shooting position. A live hen is going to outcall you 99 times out of 100.

6. Pass Interception
Take a page from the deer hunting tactics book and anticipate the next move of patterned turkeys. Map out their intentions and get between them and their probable destination. Sometimes you can read their body language to determine what they’ll do next.

7. Limb Bird Looking Down
Don’t call if the longbeard you want to tag is roosted on a tree limb just over your setup and can see you … because he can see you.

8. Hunt Funnels
You may just want to hunt that funnel, bottleneck or pinch-point. Hunt this terrain the same way with or without a blind. Let the landscape do the work for you.

9. Keep the Gobbler Quiet
You may not want to call to discourage a spring tom on public land from gobbling excessively within earshot of other turkey hunters. At times though, your silence might just make some toms gobble more. Other times, they may stop gobbling and come quietly to your position . . .

10. Roost Sites
When calling fails, get super tight on the roost in the morning—and in the afternoon if legal. Be there at fly-down or fly-up time. It’s where the dominant gobbler you’re hunting ends the day, spends the night and begins the morning.