There are few experiences as satisfying as running a great dog in the field, one that has all the tools... 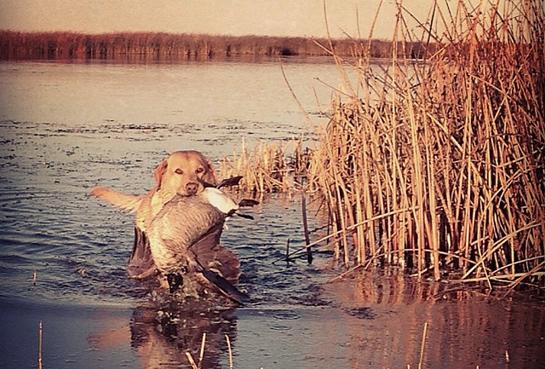 There are few experiences as satisfying as running a great dog in the field, one that has all the tools to tackle as many things as you can throw at her. In the off-season you threw training dummies until your arm fell, and she picked up and retrieved each one. Then you take her goose hunting and realize that she’s never had to pick up anything heavier than a mallard. She’s never picked up a goose.

Boise, a finished two-year-old chocolate lab that passed her senior hunt test this summer, watched from her blind as I folded big Canada in the decoys on a recent outing. When I sent her she took off like any other day, but when she reached the downed bird she jumped back as if it scared her. I didn’t know what to think, but it was back to the training yard for Boise to understand that fetch means fetch.

In her two years of training, the young dog never had to retrieve anything that heavy, so she was reluctant with the weight in her mouth. I healed her, placed the base of the goose’s neck near her mouth, and told her to fetch and hold. Her head sank with the 15-pound bird hanging below. By holding the bird, she began to understand the weight and use more pressure to carry it. As Boise continued to hold, I began walking away and made her heal at my side, all the while carrying the goose.

We walked for several minutes, then followed that up by throwing the practice dummy to get her excited about retrieving the large bird. Keeping her excitement up and following it by a hold command reinforced her understanding of the goose. She soon began picking up the bird with ease. Getting the dog familiar and comfortable with the larger bird showed her that there’s no difference between a dead honker and a dead wood duck–aside from a few extra pounds of weight.