You spent the entire summer practicing your calling, watching videos, and learning how to put together a bunch of sounds... 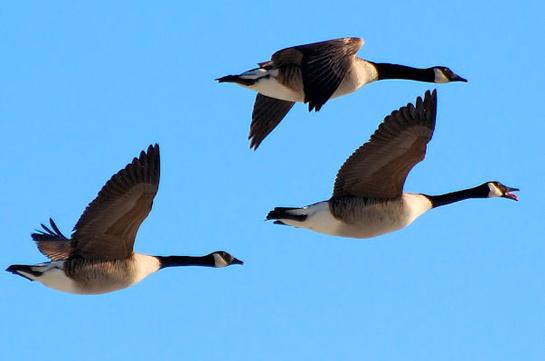 You spent the entire summer practicing your calling, watching videos, and learning how to put together a bunch of sounds to mimic that big flock that just broke the tree line. There’s nothing better than hunkering down in a ground blind and getting to work convincing a passing flock that all is safe in your spread. But if there’s one thing that the last month of goose hunting has taught me, it’s when to shut up.

The same population of geese Lingered in the area where I hunt. Having experienced a ton of hunting pressure since the early-season opener, these residents have started to figure out the region and can now identify a decoy spread and the sound of a blaring call as soon as they come around the corner. And without a push of cold northern air, these birds aren’t going anywhere.

Now’s the time to change your luck and think like a goose. These birds are wary, scared, and looking for comfort. Being more realistic with your call will help separate your from the crowd.

Work on the subtle clucks and buzzing moans that you hear birds making on the ground. You can up the tempo on the corners to turn them around, but don’t scream at them. Backing down your calling now will also help you learn control and make you a better caller in the long run.

Pressured birds are hard to hunt, but not impossible. In the meantime, keep checking the forecast: Eventually those migrators will be on their way.