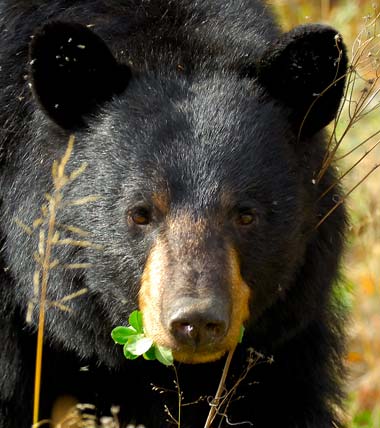 In action last week, Kentucky legislators approved a regulatory amendment that will create Kentucky’s first black bear season in more than a century.

“Sportsmen and sportswomen of Kentucky should be very excited,” said Steven Dobey, black bear biologist for the Kentucky Department of Fish and Wildlife Resources. “Bears are now well established in eastern Kentucky and research shows that population growth has risen steadily over the last 20 years.”

Supporters hope the December 2009 hunt will help restore a fear of humans to the large animals that have increasingly become a nuisance for some people living in the state’s mountain region.

Some bears have become brazen, chasing tourists from campsites, raiding garbage cans, and, in one instance, charging deer hunters, said Rick Allen, president of the Kentucky League of Sportsmen, a hunters organization that had been pushing for a season for the past three years.

“The 2009 hunt quota is a conservative one of 10 bears, or 5 females, whichever limit is reached first,” said Dobey. “The 2-day season will occur on the third weekend in December and bears may only be hunted within a 3-county bear zone of Harlan, Letcher, and Pike counties. Research clearly shows that Kentucky’s bear population can sustain a hunt.”

A $30 black bear permit for the inaugural hunt will be available only to Kentucky residents. All bears harvested must be Telechecked and taken to a department-operated check station. The season will be closed when the quota is met. Baiting and the use of hounds will be prohibited.