Organizers of a weekend ice-fishing tournament in Somerset, Wisc. said they smelled something fishy after receiving several anonymous tips that... 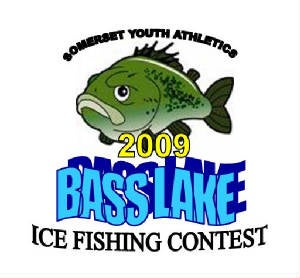 Organizers of a weekend ice-fishing tournament in Somerset, Wisc. said they smelled something fishy after receiving several anonymous tips that the contest winner–and recipient of a new pickup truck worth $28,000–had allegedly cheated his way to the grand prize.

But authorities investigating the incident say Lee Shehow, 38, may face criminal charges after admitting he smuggled a 2.42-pound northern pike inside his sweatshirt to win the annual Somerset Youth Athletics 2009 Bass Lake Ice Fishing Contest on Saturday at Bass Lake.

The event drew about 2,500 participants and raised an estimated $150,000 for youth athletics in the Somerset area.

John Monpetit, spokesman for the sponsoring organization, told the Eau Clair Leader-Telegram that investigators at the tournament initially became suspicious of Shehow after “he purchased water at a pace that was inconsistent with what a normal person would drink on a 14-degree day.”

The St. Paul (Minn.) Pioneer-Press reported yesterday that contest officials asked a polygraphist and former Minnesota State Patrol officer to question Shehow and assess him for a lie-detector test. After the two spoke Sunday morning, Shehow subsequently disqualified himself and returned the keys to the fully loaded 2008 Dodge Dakota pickup truck.

Ice-fishing tournaments are increasingly popular in northern climes during winter months, and most organizers these days keep a watchful eye out for potentially unscrupulous activity.

Jack Baker, president of the North American Ice Fishing Circuit, told the Pioneer-Press that one popular cheating technique is to lower a basket containing fish into the water prior to an event.

But Baker didn’t mention if the pike-inside-the-shirt method was one of the more common ways of skirting contest rules.

During a second awards ceremony on Tuesday, the keys to the new Dodge truck were presented to thrilled runner-up Monica Slimmen of La Crosse for her 1.72-pound pike.

“I haven’t slept in two days, I was so excited,” an ecstatic Slimmen proclaimed. “Karma does come around, and, you know, cheaters don’t win.”

That’s right, Monica. After all, this is ice fishing, not Major League Baseball.