Jaws of the Mississippi

There aren’t many movies that depict the finer points of angling, the craft and skill associated with catching fish and... 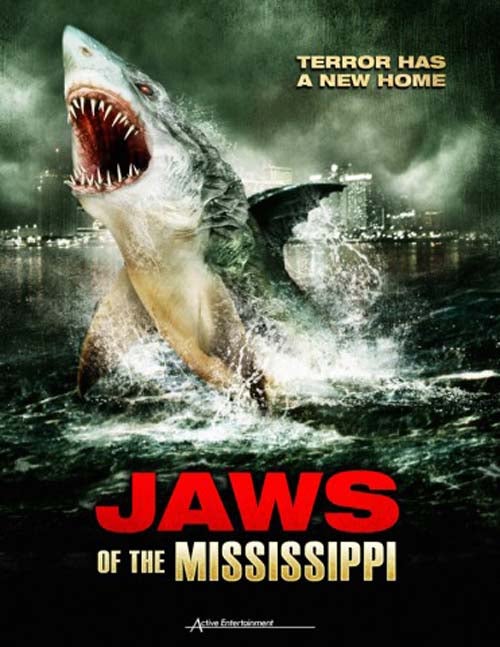 There aren’t many movies that depict the finer points of angling, the craft and skill associated with catching fish and the overall pleasure of all things piscatorial.

But leave it to The Newshound to bring Outdoor Life readers the latest in angling entertainment–news about a provocative new fishing movie you’re not going to find playing at your local theatre or Cineplex 4. No sirree! This puppy is destined to make a beeline straight to DVD!

I can’t even begin to do justice to the screenplay and plot of “Jaws of the Mississippi,” so here’s the synopsis provided by the movie’s producer, Active Entertainment (based in the American cinematic hotbed of creativity, Lafayette, Louisiana):

A massive hurricane devastates the Gulf of Mexico, with it a US government’s top-secret anti-bioterrorism facility. When one of its highly radioactive chemicals spills into the ocean it triggers mutations in a great white shark, enabling its adaptation to survive in fresh water. As this shark reeks (that’s the producer’s spelling, not mine) havoc on local Mississippi River towns it poses the additional risk of spreading this radioactive material and contaminating the entire freshwater system of the United States. Local fisherman Ward and his hillbilly crew are secretly hired to hunt down this shark, and when they find it threatening a group of teenage boaters, Ward must face his troubled past to save these kids and prevent further catastrophe.

Something tells me the riveting movie dialogue contains a line like: “We’re gonna need a bigger jonboat!”