Why Bass Get Caught

A fascinating new study suggests that some largemouth bass are inherently more susceptible to being caught by anglers that others.... 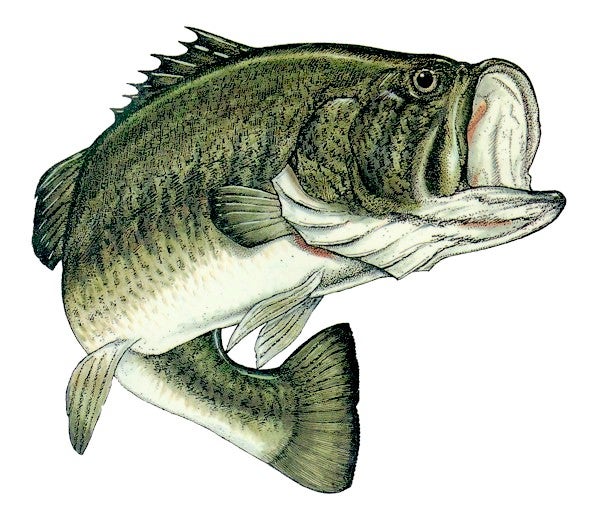 A fascinating new study suggests that some largemouth bass are inherently more susceptible to being caught by anglers that others.

A University of Illinois experiment spanning 20 years has found that a largemouth’s propensity for chasing the offerings of fishermen is passed down from generation to generation of bass.

The findings of the study, “Selection for Vulnerability to Angling in Largemouth Bass” appears in the most recent issue of Transactions of the American Fisheries Society.

A press release from the University of Illinois reports that the study began in 1975 with the resident population of bass in Ridge Lake, an experimental study lake in Fox Ridge State Park in Charleston. Through rigidly controlled fishing, each fish caught was tagged prior to release.

“We kept track over four years of all of the angling that went on, and we have a total record–there were thousands of captures,” said David Philipp, ecology and conservation researcher at U of I. “Many fish were caught more than once. One fish was caught three times in the first two days, and another was caught 16 times in one year.”

“Interestingly, about 200 of those fish had never been caught, even though they had been in the lake the entire four years,” Philipp said.

Males and females from the group that had never been caught were designated Low Vulnerability (LV) fish. To produce a line of LV offspring, they were allowed to spawn with each other in university research ponds. Similarly, males and females that had been caught four or more times in the study were designated High Vulnerability (HV) fish and were spawned in different ponds to produce a line of HV offspring.

The two distinct lines were then marked and raised in common ponds until they were big enough to be fished.

“Controlled fishing experiments clearly showed that the HV offspring were more vulnerable to angling than the LV offspring,” said the researcher.

After repeating the selection process multiple times during the course of 20 years, Phillip and his research team found that with each generation the vulnerability difference between the two designated lines grew even more pronounced.

“Most of the selection is occurring on the LV fish–that is, for the most part, the process is making that line of fish less vulnerable to angling. We actually saw only a small increase in angling vulnerability in the HV line,” Philipp said.