It’s probably been at least 40 years or longer since the recommended treatment for poisonous snakebites in the Official Boy... 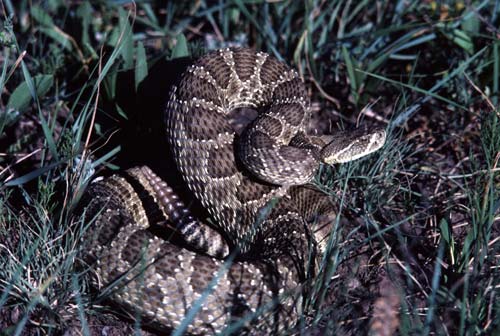 It’s probably been at least 40 years or longer since the recommended treatment for poisonous snakebites in the Official Boy Scout Handbook included instructions on sucking the venom from the victim’s wound. These days the general medical advice for snakebite is to transport the victim to the nearest medical facility for professional treatment.

But Bobby Jenkins, 50, who lives on a ranch in rural Goshen County, Wyoming, was faced with a serious dilemma May 15 when his 11-month-old black Labrador retriever, Tank, was hammered squarely on the nose by a prairie rattlesnake.

“It was 20 minutes to town and I knew he would not make it. So I grabbed his nose and started sucking the rattlesnake poison out of the top of his nose and spit it on the ground,” Jenkins told the Casper Tribune newspaper.

By the time Jenkins transported his dog to the nearest animal doctor in Torrington, the Lab’s head had ballooned to grotesque proportions. Rattlesnake antivenin was immediately applied to the ailing canine and he soon exhibited a favorable reaction to the treatment.

But by that time, Jenkins began feeling woozy and faint, an apparent reaction to the snake venom he’d accidentally ingested in his attempt to save Tank. At the local hospital emergency room he was treated with multiple injections of anti-venom medication before his vital signs returned to normal.

In the end, the Snakes-on-the-Plains incident ended well for both rattler-poisoned victims, and Jenkins is confident his actions saved his Lab’s life.

“It was just instinct,” he said. “I saved the dog and I saved myself.”